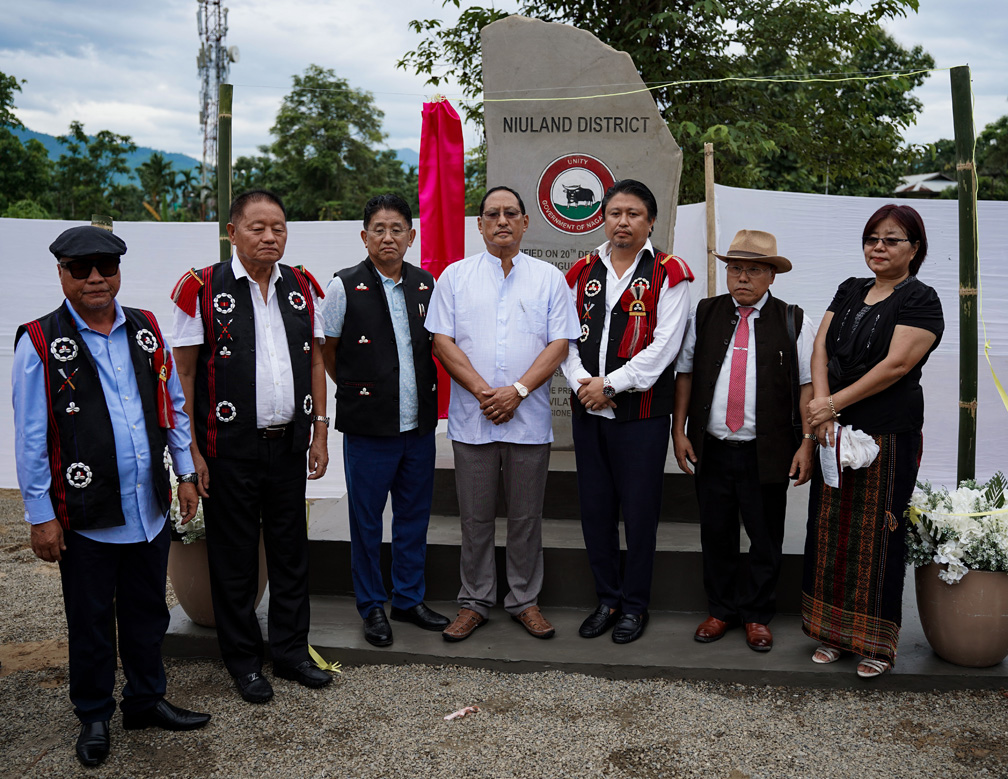 Dimapur, June 28 : Niuland district, the 14th district of Nagaland, was formally inaugurated on Tuesday. It was created on December 18, 2021.

Addressing the inauguration programme at Niuland public ground, Nagaland Minister of Public Health Engineering Department, Jacob Zhimomi said that the state government under the leadership of Chief Minister Neiphiu Rio had discussed about calling Niuland district as ‘Land of diversity’, as it belongs to everyone- all tribes of the state.

Minister urged everyone to participate in the progress of the district, saying that it has huge potential for socio economic growth and development. Maintaining that it takes strong political will, commitment and convictions to create a new district, he said the government could not make the decision of Niuland and Chumoukedima districts without the support, participation and coordination of the Dimapur district MLAs.  He also credited all four MLAs from Dimapur district, as well as the chief minister and state missionaries, for making the critical decision.

Zhimomi stated that few tribes got districts as they deserved it on tribal lines, and few tribes needed to be recognised, so it was done accordingly keeping in mind the interest and progress of the Naga social fabric, to leave no one behind and to bring everyone on board towards the state’s progress and prosperity.

He also assured to include all the communities, including Yimkhiung residing in the district in the various developmental activities of the district.

Advisor for Sericulture, Excise and Minority Affairs, Zhaleo Rio said that the creation of Niuland district was not only for the Sümi tribe but for all the Nagas and future of the state.

He sought cooperation and participation of the public and  not be ‘over dependent’ on the government.

Niuland District GB Association (NDGBA) president, Jepitoshe L Jakha said that it was a historic day for the entire western Sümi community, and would be remembered as a milestone with pride and honour by the future generations.

Western Sümi Hoho (WSH) President, Shikaho Zhimomi said the aspirations of the pioneers had been fulfilled, and urged the Naga political groups not to impede the developmental activities. He also appealed to the leaders and administration of Niuland to consider the people as one, regardless of their background, and take them into confidence ‘so that they put hearts and hands together to make the district beautiful’.

Maintaining that the district is home to all Naga tribes, she said it can become a commercial centre for the state as it is connected with five districts — Kohima, Dimapur, Chumoukedima, Tseminyu and Wokha.

She also opined that it can be a spot for tourist attraction and cultural centre, and appealed to the citizens to extend support and co-operation for all developmental activities.