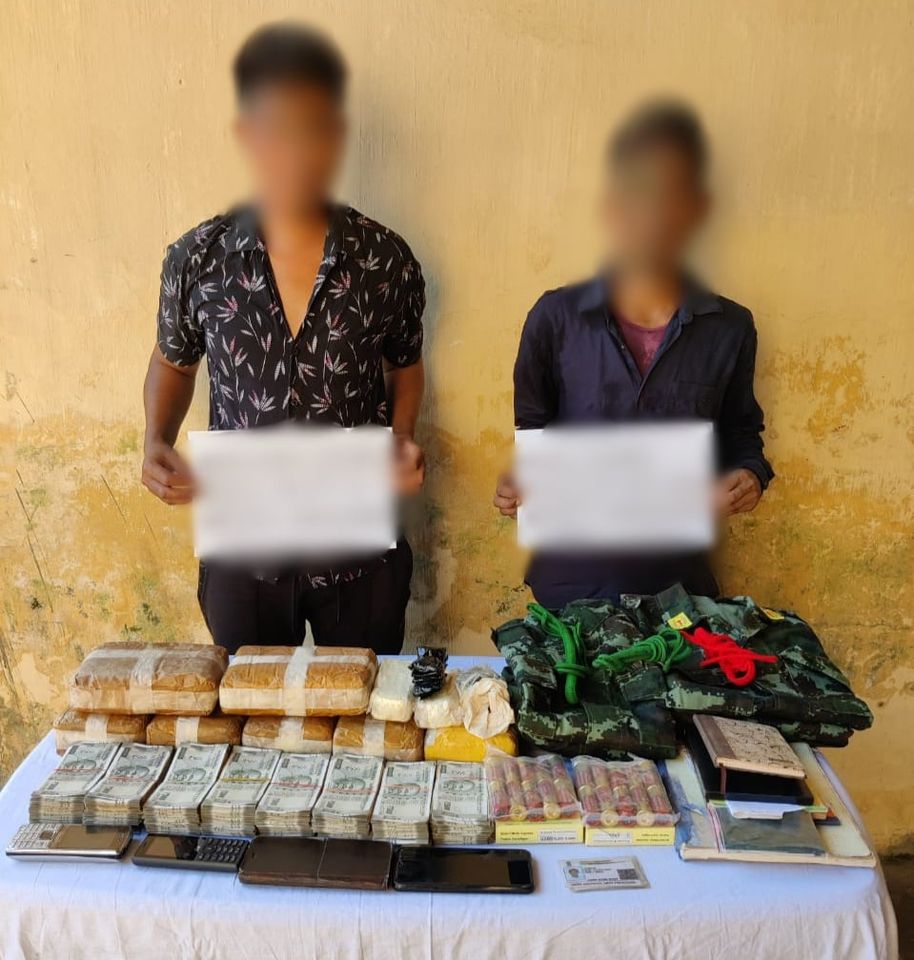 Security Forces arrested 4 cadres belonging to NSCN (IM) and 1 each from NSCN (KN) and NSCN (K-YA) at Dimapur in Nagaland and Jairampur in Arunachal Pradesh on October 14 and the 16th.

According to a defence press release, 2NSCN (IM) cadres were arrested near Dhansiri in Dimapur during an operation basing on intelligence inputs on October 16.

The security forces have recovered 20 live rounds of ammunition of 70 mm, two pairs of uniform of NSCN (IM), 76000 WY tablets worth an amount of INR 7.6 crore approximately and a cash of INR 7,90,000 from their possession.

The release also stated that the arrested persons along with recovered items were handed over to East Police Station, Dimapur, for further investigations.