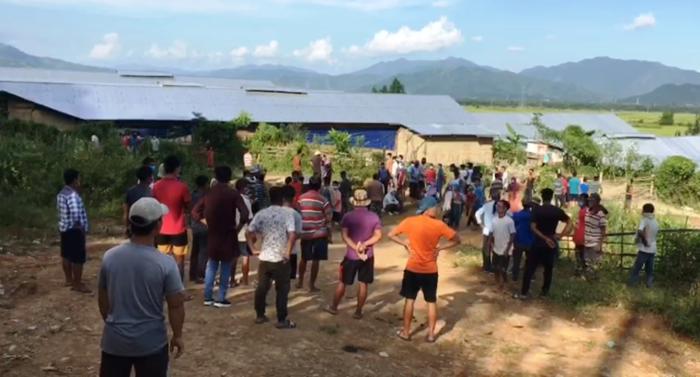 Imphal, October 14 2020: The proposed site of National Sports University (NSU) in Manipur has run into controversies over the revenue jurisdiction of its site. A pitch battle on and off the ground has been continuing between Kangpokpi District (mainly inhibited by Kuki tribes) and Imphal West district for the past many days.

Also Read for more details on the NSU site controversy

Countering the ownership claims over the site of the National Sports University (NSU) by Konsakhul village, Senjam Khunou and Senjam Chirang Joint Development Organisation has  come out with another statement.

The group stated that the proposed land(site) rightfully belongs to Senjam Khunou and Senjam Chirang since the land was bought by the two villages.

As a result, on January 20, 1928, SI Duncan had signed the verdict that the site (of the Sports University) belongs to Senjam Khunou and Senjam Chirang on payment of Rs 13.

Considering the ‘facts’ and Gazette notification which ‘recognize’ the jurisdiction of Imphal West over the land (site), the claim of the Konsakhul village over the NSU site is baseless and unfounded, said the organisation.

The Senjam Chirang and Senjam Khunou villagers organization also claimed that a few years back, the Village Chief of Konsakhul village had requested the two villages to produce the Durbar documents to fight land dispute issues with L Tangnum village. The village chief had spent nights at Senjam Chirang and Senjam Khunou village searching for the land documents.

Further, the State Gazette notification later had recognized that the land belongs to Imphal West district, added the organisation.