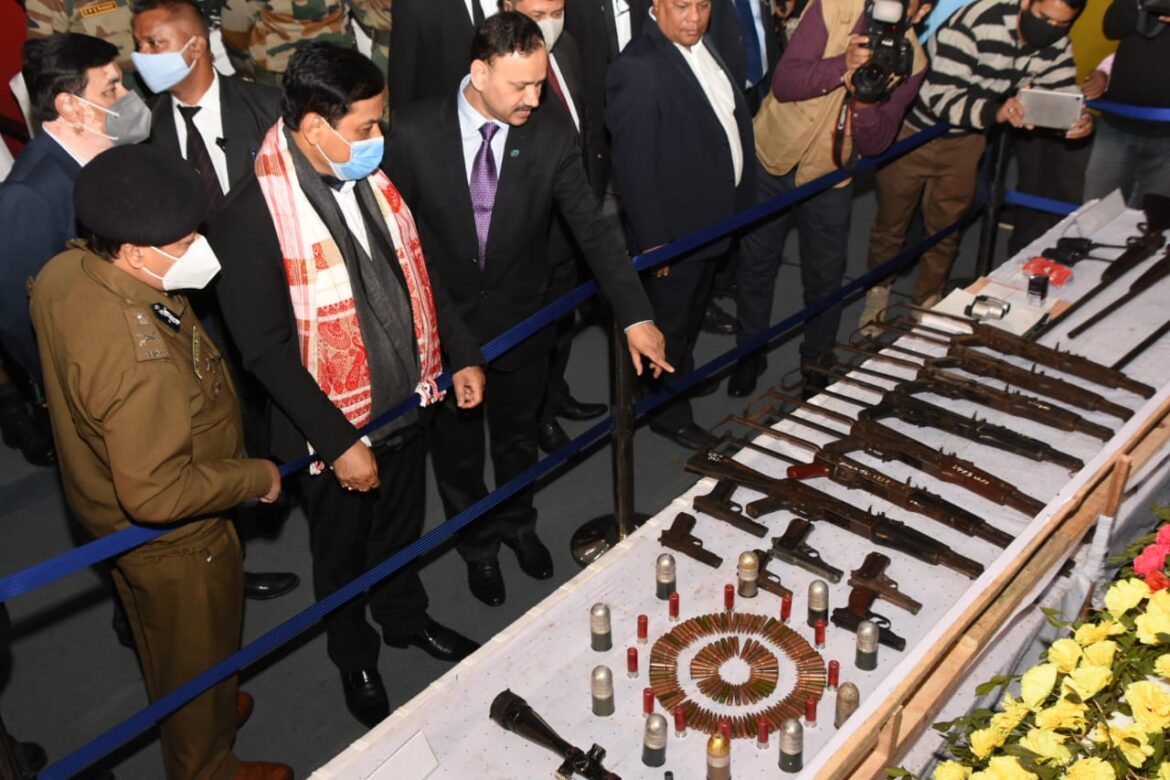 Amongst them, there were 18 members of Ulfa (I), 13 from DNLA, 32 from UPLF and one PDCK ultras. Ulfa (I)’ deputy commander-in-chief Drishti Rajkhowa was also one of them. He had already surrendered before Meghalaya police in November.

They also deposited over 70 sophisticated arms along with several hundred rounds of ammunition and other warlike items.

Welcoming the ultras to the mainstream, Assam chief minister Sarbananda Sonowal said, “We are unfaltered in our promise of bringing peace, harmony and progress to Assam. I am happy that most underground cadres are now coming out and joining actively in the nation-building process. This is bringing cheer to their families and to the state.”

The CM also appealed to them to start a new beginning and contribute towards the development of the state.

In January, a total of 644 militants belonging to different insurgent outfits laid down their arms in a ceremony at the Gauhati Medical College and Hospital (GMCH) auditorium.