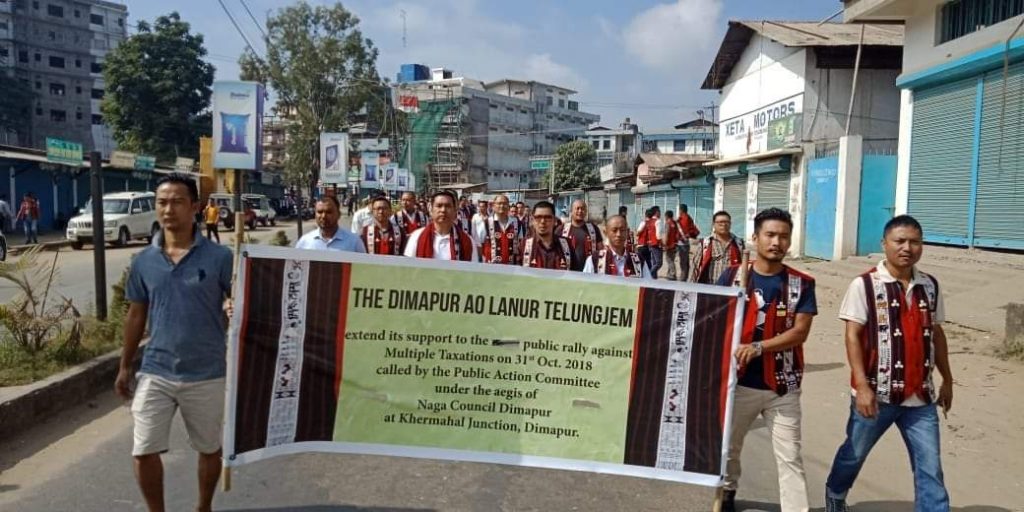 Dimapur, Dec. 3, 2020: The public action committee (PAC), which was formed to tackle illegal collection and taxation, has appealed to the Naga political groups(read Naga militant cadres engage in Peace Talks) to rein in their cadres who it stated are “collecting money in the name of Christmas”.

In a statement issued on Thursday, the committee stated that ‘rampant and unabated collection of money’ by various Naga political groups have been reported in Dimapur.

“The PAC strongly condemns such collections when business was hampered badly due to the pandemic and subsequent lockdown. The business fraternity is still finding it hard to pick up the normal tempo and burdening business people at such a time is not sensible,” it stated.

The PAC reminded the Naga groups that when they are engaged in peace talks, collecting money is “totally unreasonable”.

It also appealed to the police to be more vigilant “as customers from other districts flood Dimapur for Christmas shopping”.