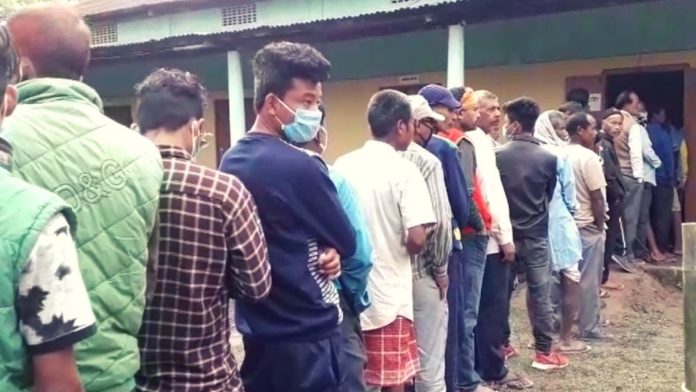 Over 13 lakhs electorates will be exercising their franchise across both the districts of Baksa and Udalguri.

The polling for 21 seats in the BTC elections has begun from 7 am today and will continue till 4:30 pm in 1,739 polling stations. As per initial reports, voting is underway smooth. Meanwhile, 60 candidates in Udalguri and 70 in Baksa district are in fray.

The ruling government headed by Bodoland’s People Front Hagrama Mohilary is contesting for 37 seats this year and is no longer in coalition with the Bharatiya Janata Party and Asom Gana Parisad.

Meanwhile, BJP are contesting for 26 seats and supporting independent candidates. On the other hand, United People’s Party Liberal also in alliance with BJP is contesting all 40 seats across 11 constituencies.

Congress and All India United Democratic Front (AIUDF) have allied for the polls and are contesting 20 seats. However, Gana Suraksha Party is fielding 35 candidates.

The BTC polls are being seen as a crucial contest before the state Assembly polls in Assam due in March-April next year.

This is the first election being held in Assam amid the raging COVID-19 pandemic. The polls were scheduled to be held in April but had to be postponed because of the pandemic and all the four districts under BTC were placed under Governor’s rule.

The final counting of votes will take place on December 12.