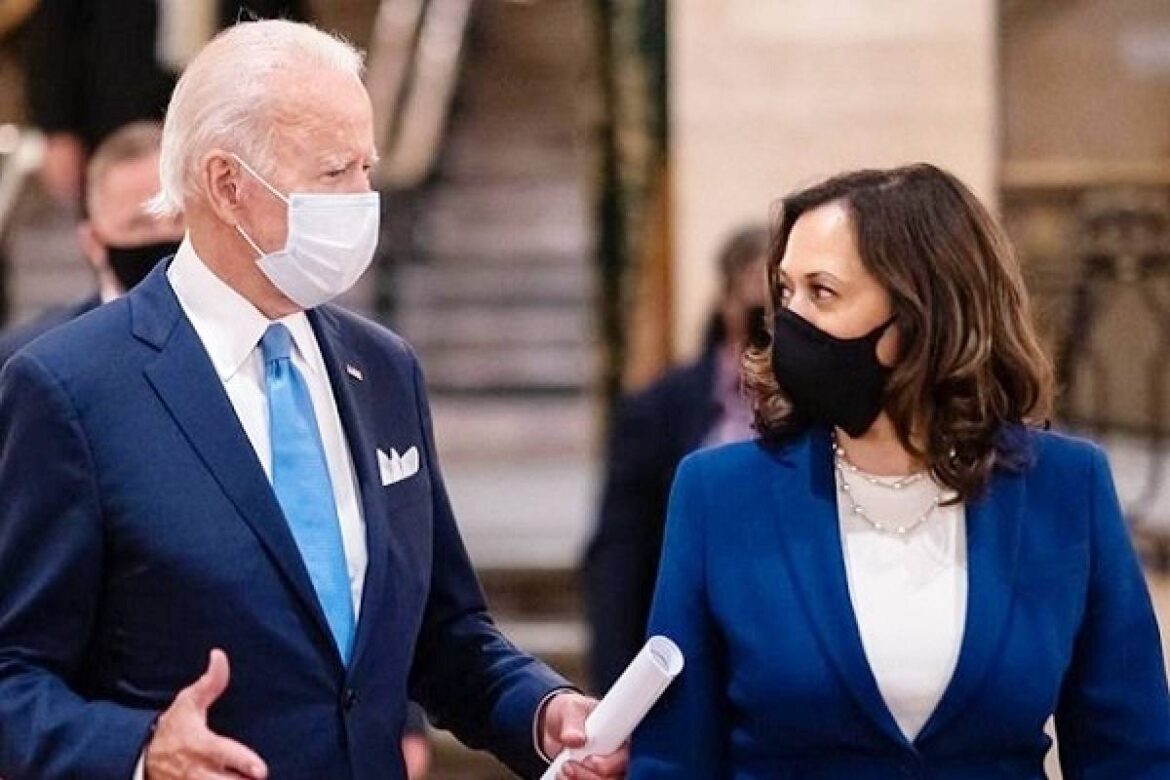 Joe Biden was sworn-in as President and Kamala Harris as Vice President in a historic ceremony to take the leadership of a nation ravaged by the Covid-19 pandemic and riven by deep political hostility.

Biden declared after being swearing in, “Democracy has prevailed.”

Before Biden, Harris took the oath of office on two Bibles held by her husband Doug Emhoff, one of them that belonged to Regina Helton, whom she has called her “second mother” and another belonged to Thurgood Marshall, the first African American Supreme Court Justice.

She was sworn-in by Supreme Court Justice Sonia Sotomayor, the first Latina to serve on the court.

Next, Biden swore on a hefty family bible that his wife Jill Biden held. Chief Justice John Roberts gave him the oath of office.

Donald Trump, who boycotted the ceremony, had already left Washington for his new home in Florida.

Meanwhile, in two separate tweets, Prime Minister Narendra Modi congratulated both Biden and Harris on their inauguration and said that he look forward to working with them to strengthen India-US partnership.