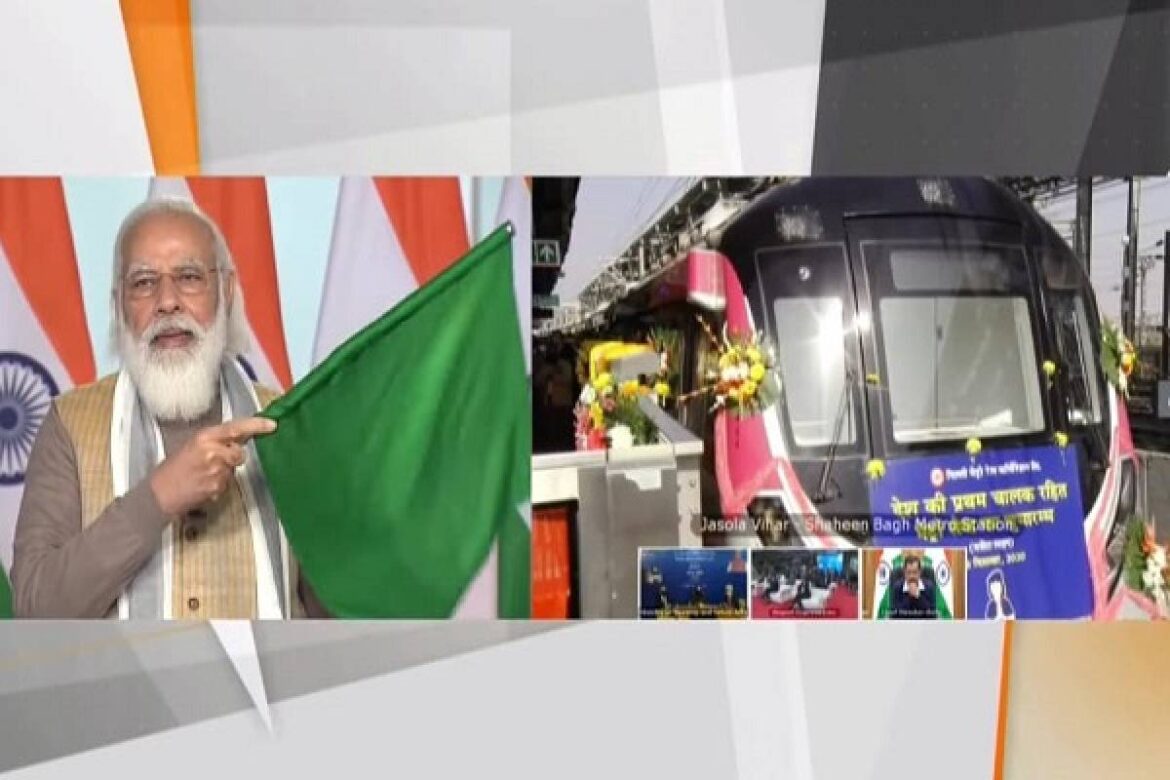 India’s first ever fully automated metro train service was flagged off by Prime Minister Narendra Modi on the magenta line, connecting Janakpuri West and Botanical Garden, of the Delhi metro.

According to Delhi Metro Rail Corporation (DMRC), the commencement of these new-generation driverless train service has made Delhi metro a part of “the seven per cent of world’s Metro networks” which can operate services without drivers, Hindustan Times reports.

“This shows how fast India is progressing towards a smart system. A few years ago, there was not much focus on smart systems. There was a lackadaisical approach, so we saw a huge difference between urbanisation and technological development. Our government changed that,” PM Modi said on the occasion.

National Common Mobility Card (NCMC) services on the Airport Express Line were made operational by the Prime Minister on the occasion. NCMC was launched in March 2019. This indigenously-developed service enables people to pay multiple kinds of transport charges across the nation.

Delhi Metro which was first inaugurated by the then Prime Minister Atal Bihari Vajpayee in 2002 has an operational network of 390 kms with 285 stations across 11 corridors. This longest metro network of India, on an average, caters to 2.5 million passengers everyday. It is noteworthy that the Mumbai Metropolitan region with a similar population size as Delhi consists of just 11.4 kms length of operational metro service.