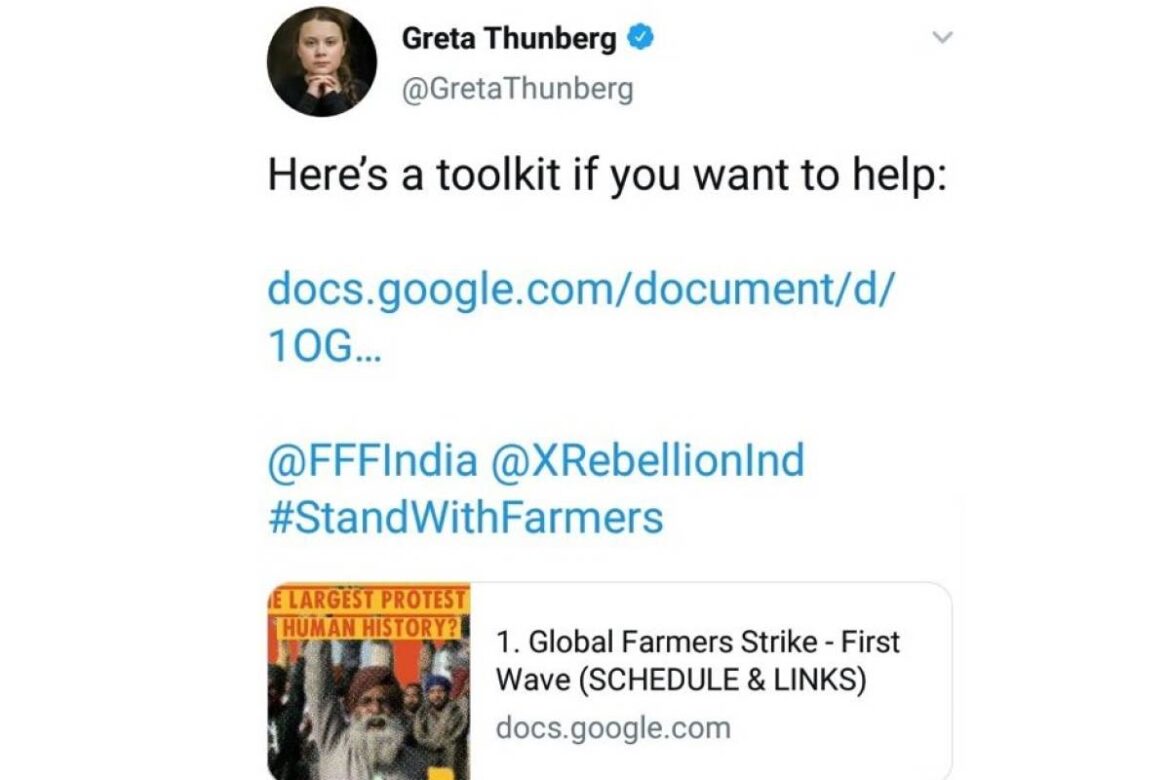 The toolkit which was shared by child activist Greta Thunberg was prepared by a Canada-based pro-Khalistan organisation, a preliminary probe into the source of the document has revealed, reports Economic Times.

The documented was prepared by the outfit to malign India’s image, government sources were quoted by ToI in the report as saying.

The document detailed the list of tasks aimed against India. Some of the points mentioned in the toolkit include “disrupt ‘yoga and chai’ image of India in general”, “unified global disruption in the diaspora on January 26” and “repeal of farm laws”.

“The documents shared mistakenly by Greta shows how tweets by Rihanna and others weren’t organic and were part of a larger campaign to malign India. This makes it important to see all such statements/tweets by important people in India and abroad in the context of the planned and pre-scripted campaign,” a senior government functionary was quoted as saying.

The official cited the probe launched by the Delhi police into the origin of the toolkit.

The toolkit was prepared by ‘Peace For Justice’, an outfit co-founded by a self-declared Khalistan supporter Mo Dhaliwal who is based in Vancouver, Canada.

The document also had a plan to carry forward the “malign India campaign” even if the government repealed the laws, according to an official.

“This shows how sinister the entire campaign was,” he added.