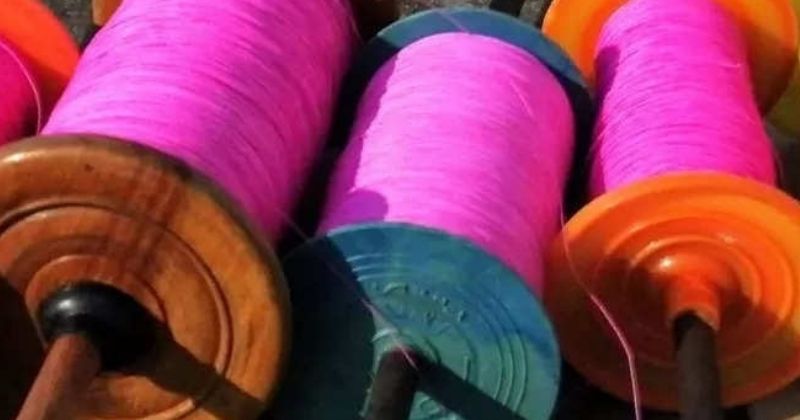 On January 8, 2023, Punjab Police released a circular regarding the ban on the manufacture, sale and use of Chinese kite flying string in the state after Ujjain police took high on Chinese manjha sellers on January 7, 2023.

Taking to a microblogging site, Punjab DGP Gaurav Yadav added, “Chinese kite string is a non-biodegradable product; it does not get decomposed & sustains in the environment for a long time. As per the directions of CM Bhagwant Mann strict action will be taken against those buying/selling Chinese kite flying strings. Say No to Chinese Dor!”

Chinese kite string is a non-biodegradable product it does not get decomposed & sustains in the environment for a long time.

As per the directions of CM @BhagwantMann strict action will be taken against those buying/selling Chinese kite flying string.

Say No to Chinese Dor! pic.twitter.com/kz3tKZVp9o

The advisory further added that people involved in selling Chinese manjha will be punished under rule 144 of CrPc of Act 1973. Advisory also urged parents not to allow their children to use manjha for flying kites and made them aware of its consequences.

On January 7, 2023, as reports of deaths due to Chinese manjha has been reported, Ujjain police took high action against the Chinese manjha by launching a crackdown on the sale and use of banned string used in kite flying. A girl died in Ujjain as her throat was cut by a Chinese manjha. Police have also started drone surveillance to detect users and sellers of banned Chinese manjha.

Vinod Meena, City Superintendent of Police (CSP) Ujjain said, “There is a complete ban on the purchase, sale and use of Chinese ‘Dor’ in the Ujjain district. Here 2 traders were caught red-handed while selling Chinese dor. The police administration has demolished the houses of both the traders”.

Meena further added, “A girl and a young man died due to throat-slitting incidents. The roofs of kite fliers’ houses are being checked. Along with this, search is going on at the shops in the market.”

On January 7, Ujjain SP Satyendra Kumar Shukla added that sellers and users of the users and sellers of Chinese ‘manjha’ are being detected through drones.

“Keeping in view the death of a 21-year-old due to ‘Chinese dor’, we have started a campaign against its use this year. We are trying to find out the people who use and sell Chinese ‘Manjha’,” Satyendra Kumar said on January 7.

Police added that they have filed a case against violators who sell Chinese Manjha.
In 2016, two minors died in separate incidents on Independence Day. They were looking out of the sunroof of cars when their throats were slit by the manjha.

In 2022 too, two bike riders died in the national capital after the kite strings cut their throats while riding. There have been deaths reported from across the country, especially during Makar Sankranti and Independence Day when revellers take to kite-flying.