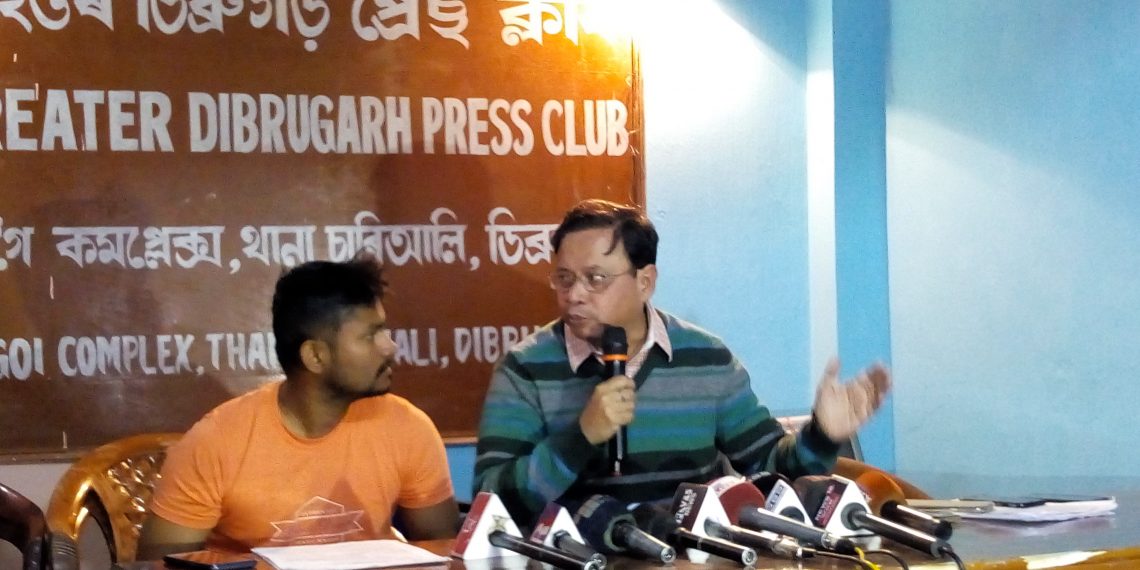 GUWAHATI: The Supreme Court senior advocate and convenor of Prabajan Virodhi Manch (PVM) reminded the state government of its promises of securing the land rights of the indigenous people of the state.

Blaming the state government for sitting over the report of the high-level committee for implementation of Clause 6 of Assam Accord, Hazarika said that the Sarbananda Sonowal led state government has been only giving false assurance to the people of the state.

He mentioned that the issue of reservation of land for indigenous people as recommended by the Clause 6 committee where to reserve land and restrict sale and purchase of land amongst the indigenous population requires amendment of two Acts of the Assam Assembly namely Assam Land Revenue and Regulations, 1886 and the Assam Agricultural Land (Regulation of Reclassification and transfer for non-agricultural purpose) Act, 2015.

“These state legislations, amendments have to be carried out by the state assembly. There is no role or power of the Central Government as regards land, which in terms of the Constitution of India the power to make laws is vested exclusively in the state assembly and state government,” Hazarika said.

The SC lawyer added that while he was being appointed as the Commission by the apex court in 2015, he too in his report of October 4, 2015, recommended/suggested that to save the indigenous from foreign infiltration, necessary legislation should be brought in by the state assembly whereby the sale, purchase and ownership of land needed to be restricted to only those who were citizens of India in 1951 and residents in Assam and their descendants. That report was accepted by both the then Congress led state government and BJP led Central government.

“This is the same recommendation which the Clause 6 committee has given five years later in its report. That the state government and the BJP leaders have no intention of protecting the indigenous and implementing the Clause 6 committee report is evident from their series of misstatements and pushing the responsibility onto the central Government, merely to hold out excuses for not implementing the report. This even includes implementation of the recommendation of the committee which relates to subjects and issues within the exclusive power and domain of the State Government and state legislature,” he alleged.