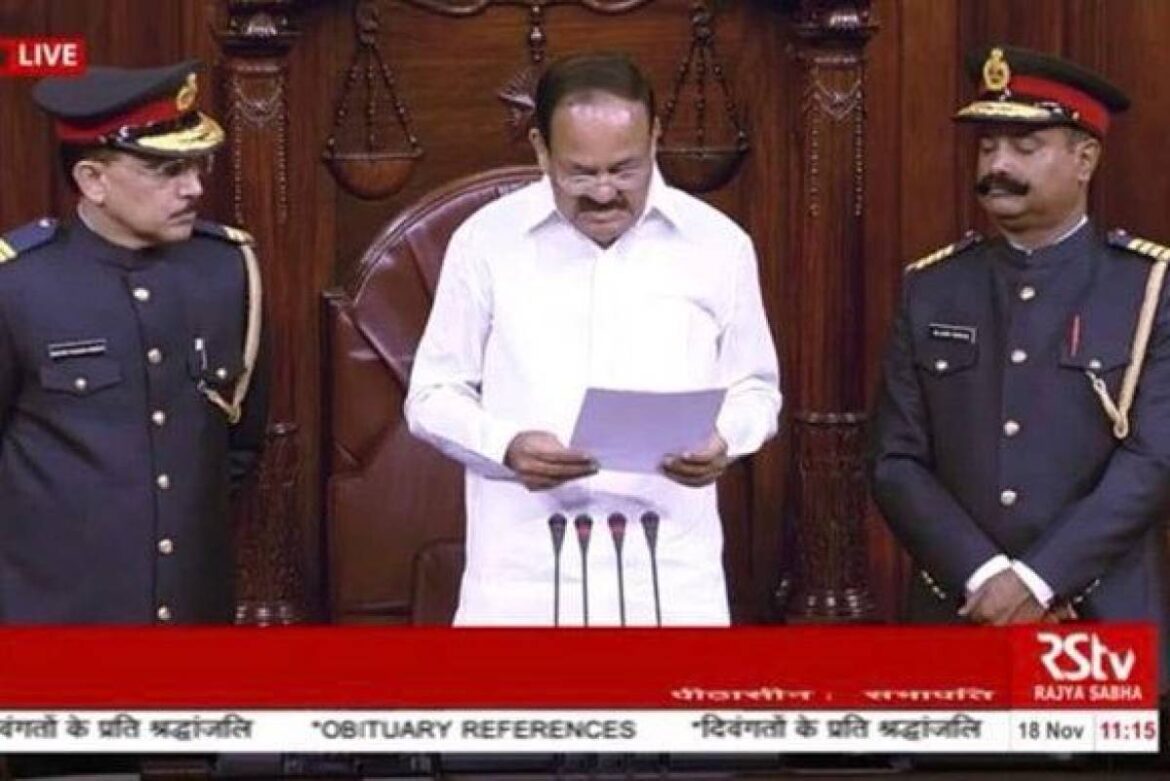 The Chairman exercising the powers named the three MPs and asked them to withdraw from the House as other political parties agreed to discuss the farm laws in the motion of thanks of the President.

The AAP members forced adjournment for a short period and the House reassembled at 9.40 am.

Earlier the opposition agreed to discuss the motion of thanks prior to the discussion on contentious farm laws and it was decided to increase the time of the discussion unanimously.

Leader of opposition Ghulam Nabi Azad said, “The government has cited that there is no ritual of discussing anything before the motion of thanks so all the opposition agreed to discuss the thanks motion and take up the farmers issue later.”

The Chairman after the proposal of the Parliamentary Affairs Minister Pralhad Joshi agreed on the broad consensus in the House and also gave nod to increase the timing of the discussion to 15 hours to discuss farm laws.

The opposition on Tuesday forced the Upper House to be adjourned for the day after Chairman Venkaiah Naidu rejected a suspension notice given by the opposition on the farm laws. The rejection did not go down well with the opposition members who raised slogans before the Chairman’s podium.