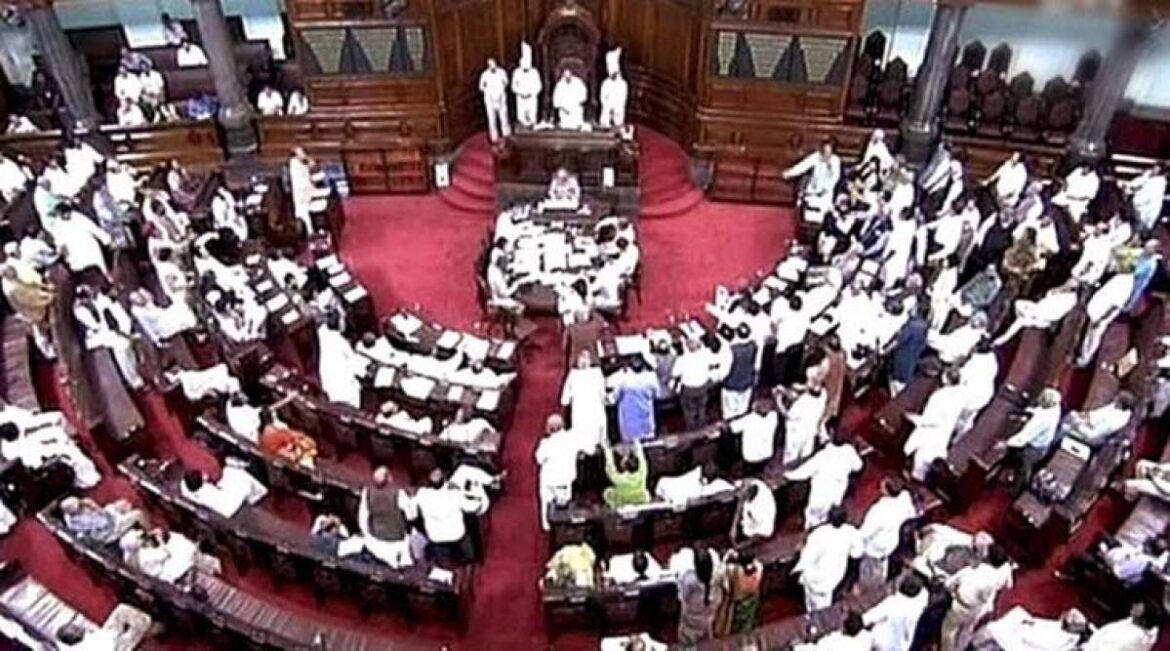 The House also rejected demand of several opposition parties to send the two bills to a Rajya Sabha Select Committee for greater scrutiny.

These bills will now be sent to the President of India for assent.

The Upper House gave the nod to The Farmers’ Produce Trade and Commerce (Promotion and Facilitation) Bill, 2020, and The Farmers (Empowerment and Protection) Agreement on Price Assurance and Farm Services Bill, 2020, as opposition MPs continued to shout slogans during their passage. Some lawmakers even staged a walkout in protest.

Earlier, replying to the debate on the Bills, Union Agriculture Minister Narendra Singh Tomar assured the House that the Minimum Support Price regime will not be scrapped. Some of the amendments moved by the opposition lawmakers were not pressed for voting while those pressed for voting were negated.

Earlier, the House witnessed unruly scenes when TMC MP Derek O’Brien went near the Chair and tried to snatch a mike while citing from the rule book. When his objections were overruled, an aggressive Derek O’Brien tore the rule book by calling the Bills “Kala Kanoon” or black laws, leading to adjournment of the House for a brief period.

The Trinamool leader was also heard saying: “You cannot do this” to the Chair. At one point in time, the aides of the Deputy Chair, who was conducting the House proceedings, had to come forward to shield him.

Despite repeated requests, many opposition members reached the Well of the House to register their protests.

Congress leader Ghulam Nabi Azad demanded that discussion on the Bills be continued on Monday. “To decide this, we should go by the consensus among the members, not by the numbers of the ruling party,” Azad said.

The opposition as well as BJP ally Shiromani Akali Dal termed the Bills an “anti-farmers” move by the Centre, with some staging a walkout.

Thousands of farmers in Punjab, Haryana and several other states have been protesting since the government introduced these Bills in the Lok Sabha on September 14, the opening day of the Monsoon Session of Parliament.

The Bills seek to replace the Farmers’ Produce Trade and Commerce (Promotion and Facilitation) Ordinance, 2020, and the Farmers (Empowerment and Protection) Agreement on Price Assurance and Farm Services Ordinance, 2020 promulgated on June 5.

The Farmers’ Produce Trade and Commerce (Promotion and Facilitation) Bill, 2020 seeks to provide a new ecosystem in which farmers and traders, as per the government, will enjoy freedom of choice relating to sale and purchase of their produce and facilitates remunerative prices through competitive alternative trading channels to promote efficient, transparent and barrier-free inter- and intra-state trade and commerce.

The Farmers (Empowerment and Protection) Agreement on Price Assurance and Farm Services Bill, 2020, aims to provide a national framework on farming agreements that protects and empowers farmers to engage with agri-business firms, processors, wholesalers, exporters or large retailers.