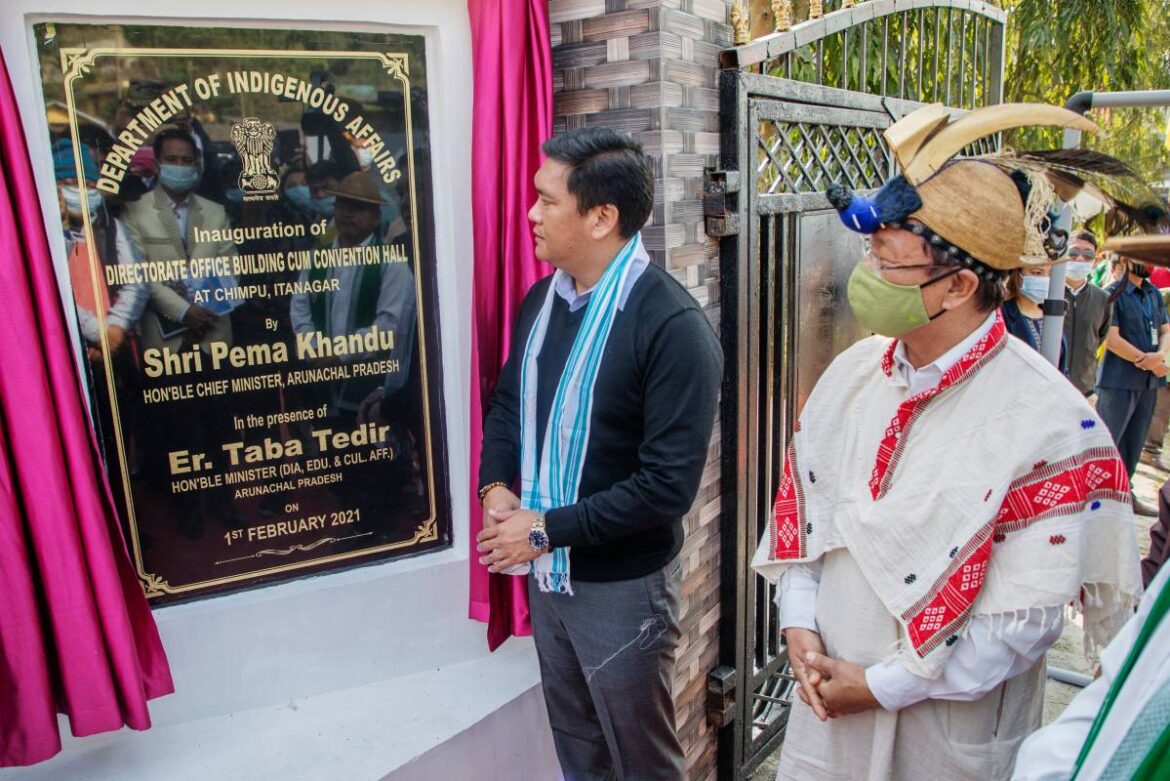 One of the first acts of the incumbent BJP government in Arunachal Pradesh was to create a Department of Indigenous Faiths and Cultural Affairs in September 2017.

The department was also tasked with constructing prayer halls and other infrastructure for the practice and promotion of indigenous faiths, promoting local languages and scripts to codify practices and rituals of indigenous faiths and to conduct programmes and certificate courses for priests of these faiths.

The unstated but underlying objective of these measures was to resist the onslaught of evangelisation by Christian missionaries in the state.

Christians are the largest religious group in the state and constitute about 35 per cent of the state’s total population of 17.12 lakh.

Though Arunachal Pradesh has anti-conversion laws and the entry of Christian missionaries is banned in the state, mass scale conversions have taken place through inducements and other illegal means.

The Arunachal Pradesh freedom of Religion Act, 1978, expressly prohibits conversion of tribals to other non-indigenous faiths, but this law has never been enforced.

Christian missionaries operating from their bases in Assam close to the inter-state border with Arunachal Pradesh have successfully managed to lure tribals with offers of free education, healthcare and doles, and convert them.

The Congress, which has governed Arunachal for most of the years since the state was formed in 1987, had turned a blind eye to the activities of Christian missionaries operating from just beyond its borders.

Succssive Congress governments at the Centre, which had administered the North-East Frontier Agency (NEFA)–the state’s forerunner–directly had also done nothing to stop mass conversions of the tribals.

In fact, says Arunachal Pradesh BJP state chief and Lok Sabha MP Tapir Gao, the Congress encouraged the conversions. “The Congress had tacitly encouraged conversions of innocent tribals. But it is good that more and more converts are now returning to their tribal fold,” said Gao.

BJP state leaders say that evangelism of the Christian missionaries, especially the Roman Catholic church, received a boost during Rajiv Gandhi’s tenure as Prime Minister from the mid to late 1980s and also during the UPA I and II regimes when Sonia Gandhi was the real power centre.

The pushback against largescale conversions started in the late 1970s in a small way with the formalisation of the Donyi Polo faith by Talom Rukbo.

Donyi Polo as a faith was codified by Rukbo, whose birth anniversary on December 1 is celebrated in Arunachal Pradesh as ‘indigenous faith day’.

Various tribal animistic, shamanic and other rituals were brought together and codified, and practices associated with many tribal forms of worship were formalised.

But the Congress governments in the state and the Centre did nothing to promote the indigenous faith and even initiated measures to dissuade tribals from practising their traditional faiths.

The Christian missionaries, with huge funds, mostly from overseas, at their disposal found it very easy to lure the economically and socially backward tribals.

Also, the indigenous faiths used to place a premium on animal sacrifice and other expensive rituals, and all that imposed a lot of hardships on the poor tribals.

“Christian missionaries opened schools, colleges, clinics and hospitals in many areas in Assam bordering Arunachal, offered free boarding and scholarships to tribal youth and free healthcare to the tribals. They also offered doles like foodstuff and other material and even financial help to tribals to convert. Hence, many fell for that and converted,” said BJP state chief Gao.

Things started changing only over the last four years since the BJP formed the government in the state. The setting up of the Department of Indigenous Faiths & Cultural Affairs was a concrete step in encouraging the practice and propagation of the animism and nature worship that are indigenous to Arunachal Pradesh.

“Indigenous culture and faiths are the identity and pride of our state. Our culture, of which our indigenous faiths are an integral part, are like our roots. If our roots are not strong, we will not grow into a strong and healthy society,” said Arunachal chief minister Pema Khandu.

Earlier this week, Khandu inaugurated a 15-day workshop on ‘priesthood of indigenous faiths’ organised by the new department.