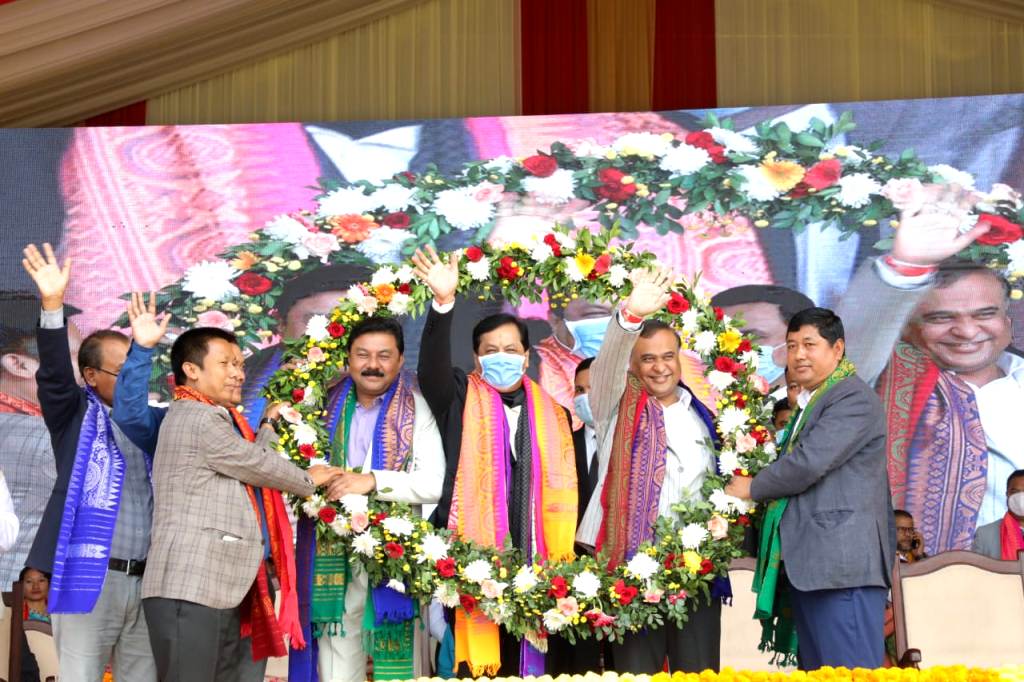 While addressing the swearing-in ceremony of BTC’s new chief Promod Boro in Kokrajhar on Tuesday.

Sonowal said, “The development of all districts namely Kokrajhar, Chirang, Baksa and Udalguri is possible only through harmony. I request Mohilary to extend all his support for the development of the BTC region and instill peace in the region too.”

Mohilary was unhappy after the loss and to be dethroned from power even after emerging the single largest party in the recently concluded BTC polls. He had sought a week’s time from the Governor to prove his majority on the floor of the House but was allegedly ignored.

Though BPF and BJP are partners in state government, the latter decided to break up with BPF ahead of the BTC poll. BJP also said that it would not also discontinue its alliance with BPF in the state government after the next state polls in 2021.

While BPF won 17 seats it’s opponent UPPL bagged 12 seats, BJP got nine and GSP managed to win only one seat. Post poll, all the opposition parties joined hands to oust BPF from power and to take charge.

The chief minister attributed the ‘change of guard’ in the BTC to the end of intimidating days in the region. He also observed that from now onwards there will not be any impediment for the indigenous people to sell or purchase lands.

He said, “The members of the proscribed organizations National Democratic Front of Boroland (NDFB) understanding the futility of violence gave up extremism and returned to the mainstream of the society. All the cadres of NDFD who came to the mainstream would be adequately rehabilitated.”

He also said that the cadres belonging to Adivasi, Santhal, etc who would come over ground and give up violence would also be rehabilitated.