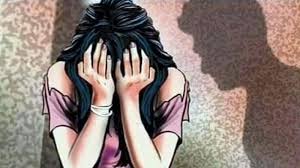 The accused Khaidem Bishoijit aged 33years of Yairipok Khoirom in Thoubal district of Manipur is serving as a Rifleman of 5th IRB and was arrested by a team of Lamphel Police station yesterday based on a complaint lodged by the victim on December 8 .

The next day he abandoned her inside RIMS hospital campus at around 7.30 am .

The victim and alleged accused got to know each other through Facebook about a year back and used to talk frequently on the phone and decided to meet in person on December 7. The medical examination of the victim was conducted at RIMS and confirmed that there are signs of sexual assault.

The investigating officer (IO) stated that during interrogation the accused admitted to the crime and disclosed that he already has two wives and four children.

The Court after hearing the submission of the IO through Assistant Public Prosecutor remanded the accused to 5 days custody till December 19 .