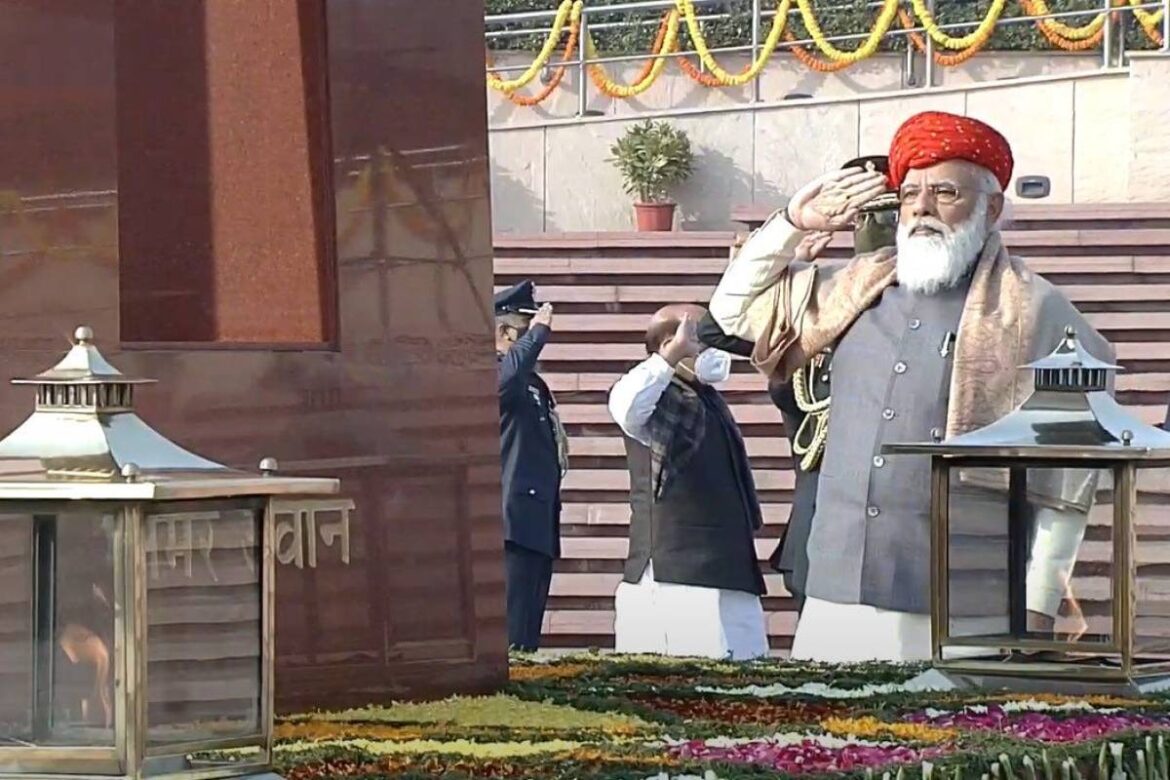 The Republic Day honours the date on which Indian Constitution came into force on 26 January 1950. The date was chosen because on this day in 1929 Lahore Declaration of Complete Independence (Poorna Swaraj) was passed by the Indian National Congress.

Since then, Republic Day is celebrated with pomp and show, the highlight being the parade on Rajpath in the national capital, Delhi.

Today, India is celebrating 72nd Republic Day which is different from the previous ones for many reasons:

It is the first Republic Day celebration in 50 years when there will be no chief guest after British prime minister Boris Johnson cancelled his India trip owing to the COVID-19 pandemic.

Secondly, to mark the 50th anniversary of Bangladesh’s liberation in 1971, for the first time, a marching contingent from Bangladesh will take part in the parade. It will be led by Lieutenant Colonel Mohatsim Haider Chaudhary.

The first six rows of the contingent will be Army, followed by two rows each of Navy and Air Force. “The Bangladesh contingent will carry the legacy of legendary Muktijoddhas, who… liberated Bangladesh in 1971,” said the defence ministry.

Thirdly, for the first time, a tableau of the newly formed Union Territory of Ladakh showcasing the iconic Thikse Monastery and its cultural heritage will take part in the parade. Also, the tableau of Uttar Pradesh will feature a model of the Ram temple to be built at Ayodhya.

Fourthly, for the first time since 1955, when Rajpath became the permanent venue, instead of culminating at the Red Fort, the parade will go to the National Stadium. It will take shorter route in the light of the pandemic.

Fifthly, for the first time, Lieutenant Bhawana Kanth – the first Indian woman to qualify for a combat mission in a fighter jet – will participate in the flypast. She will be part of the Indian Air Force (IAF) tableau, showcasing indigenously developed Light Combat Aircraft Tejas, Light Combat Helicopter Rudra, Rohini radars and BrahMos.

Sixthly, the newly inducted Rafale fighter jets will take part in the IAF flypast and conclude it by carrying out the demanding and spectacular “Vertical Charlie” formation – in which the aircraft flies at low altitude, pulls up vertically and rolls multiple times before stabilising at higher altitude.

There are certain other changes due to the COVID-19 pandemic.

Seventh, all Army soldiers have been kept in bio-bubbles – no one allowed to enter or exit, with no exceptions.

Ninth, the motorcycle stunt is also excluded as team won’t be able to maintain social distancing while performing stunts.

Tenth, there will be no parade of the gallantry awardees and the children who won the bravery awards this year. No children under 15 are permitted.