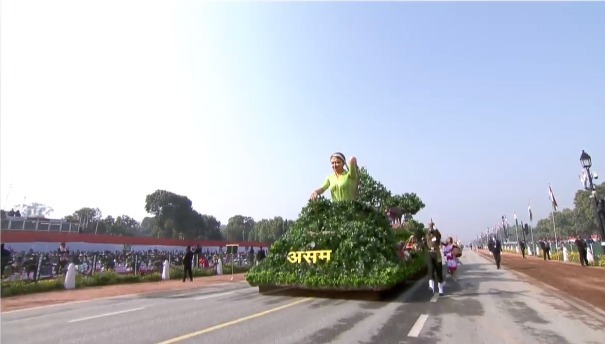 Guwahati: On the occasion of 72nd Republic Day Parade, Assam’s tableau featured Assam tea industry in New Delhi. Tea Industry in Assam is the backbone of the state’s economy.

The tableau towards the rear side depicted a group of one-horned rhinoceros, the state animal of Assam.

The tableau in the parade was led by the Union Territory of Ladakh, which came into existence in 2019 following the abrogation of article 370, highlighted the ‘Vision’ for Ladakh to be carbon neutral and exemplary for the world.