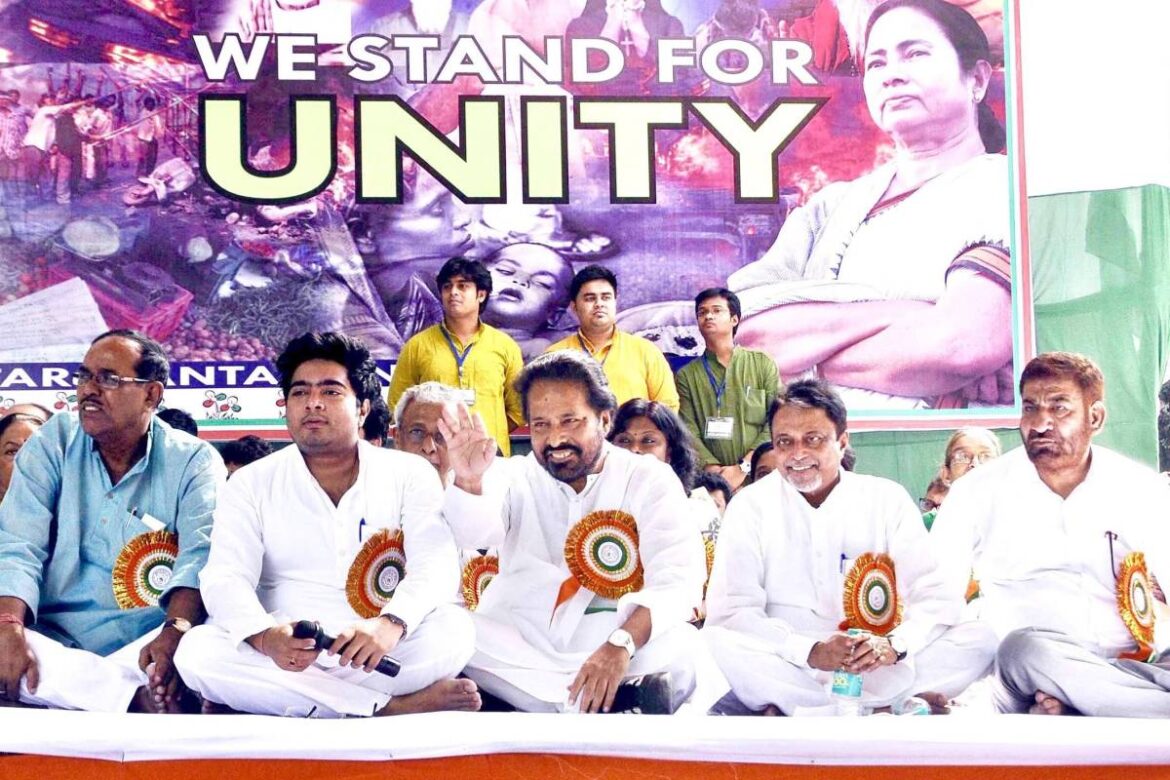 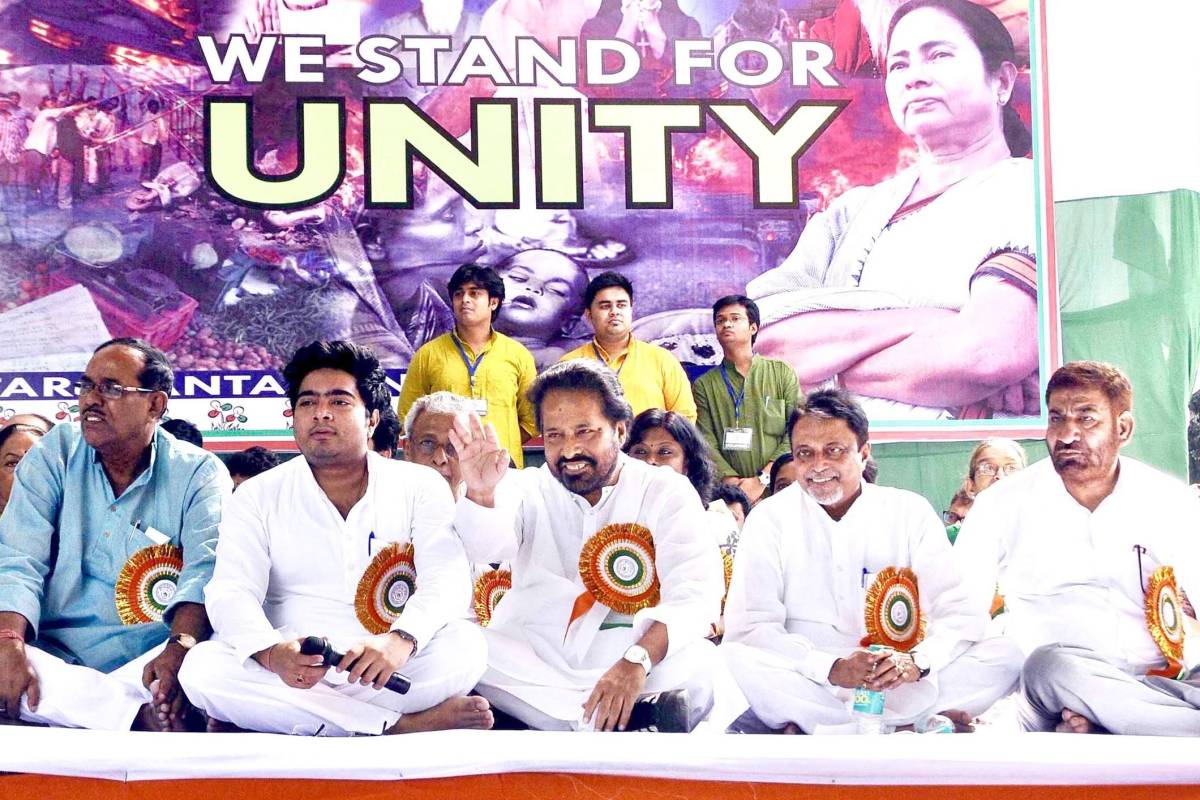 It is no secret that party functionaries of the All India Trinamool Congress, including senior ministers in the West Bengal government, have often been subjected to angry outbursts, insults, sharp rebukes and frequent uncharitable remarks and put-downs of party supremo and Bengal chief minister Mamata Banerjee.

Trinamool insiders say that barely any cabinet meeting has passed by without the chief minister hauling one minister or the other over the coals and raving and ranting at him or her.

Speaking out of turn, or speaking at all, in front of her often invites her wrath. Given her unpredictable nature, one never knows if she would smile, frown or fly into a rage at anyone offering an opinion or speaking his mind.

At district-level administrative meetings, Banerjee often openly rebukes officers, MLAs and local leaders, much to their embarrassment. Most party functionaries dread such meetings.

Banerjee often misinterprets well-meaning advice or opinion as criticism and is said to listen to only what she wants to hear.

“We always have to second-guess her. Every time we go to her or attend meetings with her, we try to fathom her mood. When a topic comes up for discussion, we try to make out what she wants to hear and then open our mouths. If we say something she doesn’t like to hear, we run the risk of being abused,” said a minister who has faced her ire many times.

Mamata Banerjee, say her senior colleagues, has an opinion–mostly strong–on everything and will dismiss what even senior Ministers who may have more knowledge or information on a topic or issue have to say.

Apart from her mood swings which many in her party find difficult to keep track of or keep up with, Mamata Banerjee is also said to revel in putting down people and snubbing them.

Especially when she is in a foul mood, which has been quite often since the good show put up by the BJP in the Lok Sabha polls last year.

“Since then (post-May 2019) we are scared of speaking to her. We never know when she will start rebuking and insulting us. What is worse is that she often berates us in front of others like security personnel, peons etc. That is deeply humiliating,” said another minister.

It is no wonder then that many within the party are fed up with the humiliations that have been heaped on them over the years.

“Yes, she (Mamata) can also be very caring and large-hearted. She makes it a point to wish my daughter on her birthday, sends her gifts and speaks very nicely to my wife in social gatherings. She is famous for her very gracious and generous personal gestures. But all that is negated by the insults and humiliations we suffer routinely,” the minister said.

What has made matters worse is the imperiousness of her nephew Abhishek Banerjee. Abhishek has been foisted on the party by his aunt (Mamata) and many senior leaders who have put in a lot of hard work in building the party from the grassroots and faced many trials and tribulations during the difficult days of Left rule in Bengal are resentful of ‘bhaipo’ (Bengali for nephew).

Abhishek is said to be arrogant and has rubbed many senior leaders who don’t defer to him the wrong way.

“He expects everyone, even senior party leaders, to be subservient to him and respect him in the same manner they defer to his aunt. What he never realised is that respect has to be earned and whatever be Mamata Banerjee’s negative traits, she has fought the Left fiercely and dislodged them from power.

“Abhishek has not done anything even remotely as significant as that and is actually a privileged and entitled young man who lacks many courtesies,” said a district president of the Trinamool who has no love lost for Abhishek.

Abhishek has also surrounded himself with a coterie of men who have no grassroots connect and are said to be self-serving. This coterie often dictates orders to senior party leaders and thus rubs them the wrong way.

Trinamool insiders say that there are two categories of ‘leaders’ in the party: those who have self-respect and those who don’t.

Often, the first category of leaders are also the ones who have their own support base and do not depend wholly on Mamata Banerjee to win elections.

“There are many who are solely dependent on Mamata Banerjee for votes and on their own, they will not even win a panchayat election. They are the ones who are unaffected by the insults and humiliation that the party supremo heaps on them because they have no option.

They smile and bear everything, tell Mamata Banerjee what she wants to hear and paint a false picture that all is well in the party and the state,” said a former Minister.

‘These so-called leaders, who are actually sycophants and are in the Trinamool only for their own selfish reasons, also bow and scrape before Abhishek Banerjee.

“It is because of these leaders that Mamata Banerjee cannot understand the rot that has set in her party and the deep sense of hurt that plagues many party functionaries. No one with an iota of self-respect is happy in Trinamool,” the ex-Minister said.

Given these conditions, say some senior Trinamool leaders, an exodus from the party can start anytime.

The exit of Subhendu Adhikari and Cooch Behar MLA Mihir Goswami from the Trinamool could be the beginning of more such departures from the party.

However, it is not just the mistreatment by Mamata Banerjee and her nephew which will drive the expected exodus.

The fall in Trinamool’s image and standing among the masses due to the widespread perception of corruption within its ranks, Mamata’s lack of governance skills, the state’s continuing economic decline, the steep rise in unemployment and some other factors arising out of the mis-governance that Bengal has suffered for the last decade under Mamata Banerjee are the other driving factors.