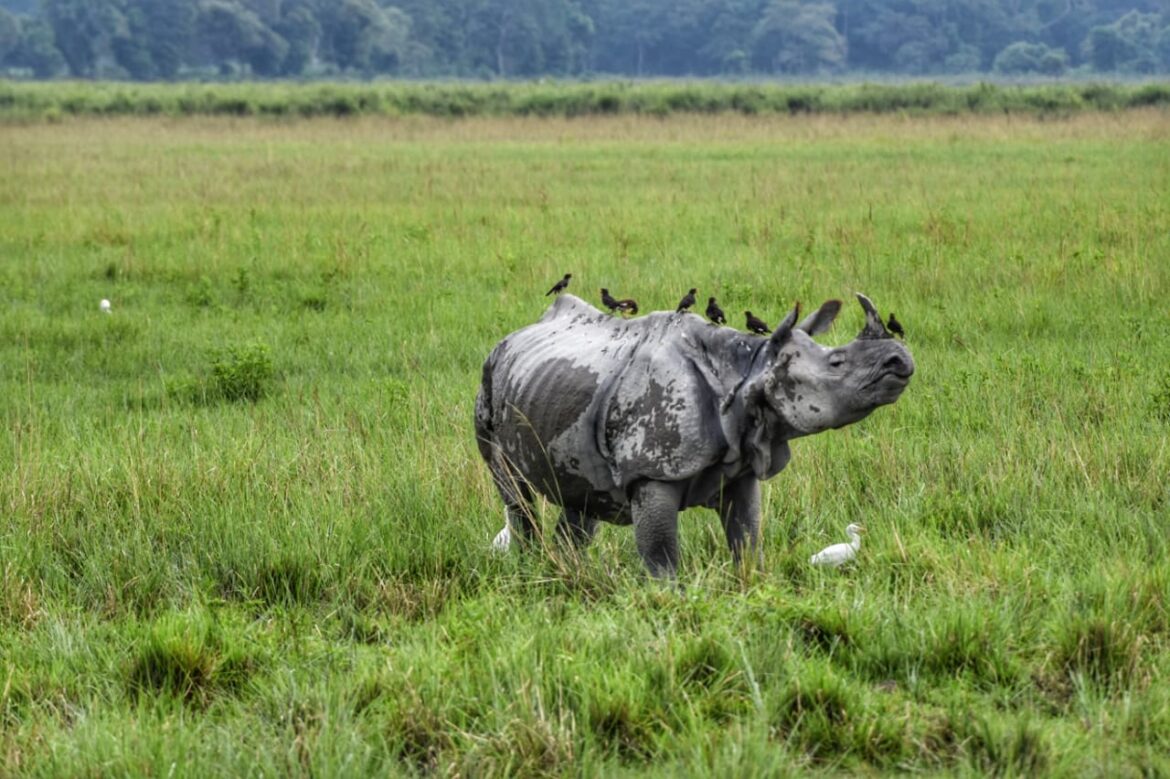 GUWAHATI: Assam Zoo An adult male Rhino that strayed out from the Kaziranga National Park & Tiger Reserve was finally immobilized and brought to Assam State Zoofor observation on Tuesday.

The mega herbivore that moved out of Park on January 16 at Jakahalabandha area of Kaliabor, was successfully guided inside the park.

However, the Rhino crossed the River Brahmaputra and travelled to Dighali, Jamuguri and Sootea on January 18.

On Tuesday, the Rhino was successfully immobilized at Bamunipam.