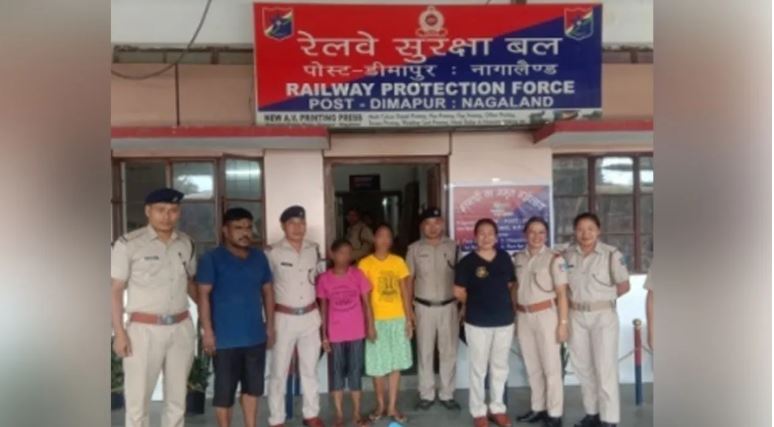 The Railway Protection Force (RPF) of Northeast Frontier Railway (NFR) successfully rescued two women and two minor girls during routine checking in its drive against human trafficking on July 8 at different railway stations across the network.

During the operation, the RPF also apprehended a person on suspicion of being involved in human trafficking in Dimapur.

”A RPF team of Anti-Human Trafficking Unit of Dimapur carried out a search operation based on a tip-off information at Dimapur railway station,” media quoted an RPF official as saying.

The official further added that based on the information, the RPF team also apprehended a person over the suspicion of being involved in human trafficking, along with two females from the railway station.

”Along with two females, the nabbed person was brought to RPF post in Dimapur. The rescued females were later handed over to Women Police of Dimapur under the Government of Nagaland for further action,” the official added.

In other two incidents on Friday, the RPF escorting team during their routine checking rescued two runaway minor girls from Rangiya-Dibrugarh Express and Rajdhani Express, respectively.