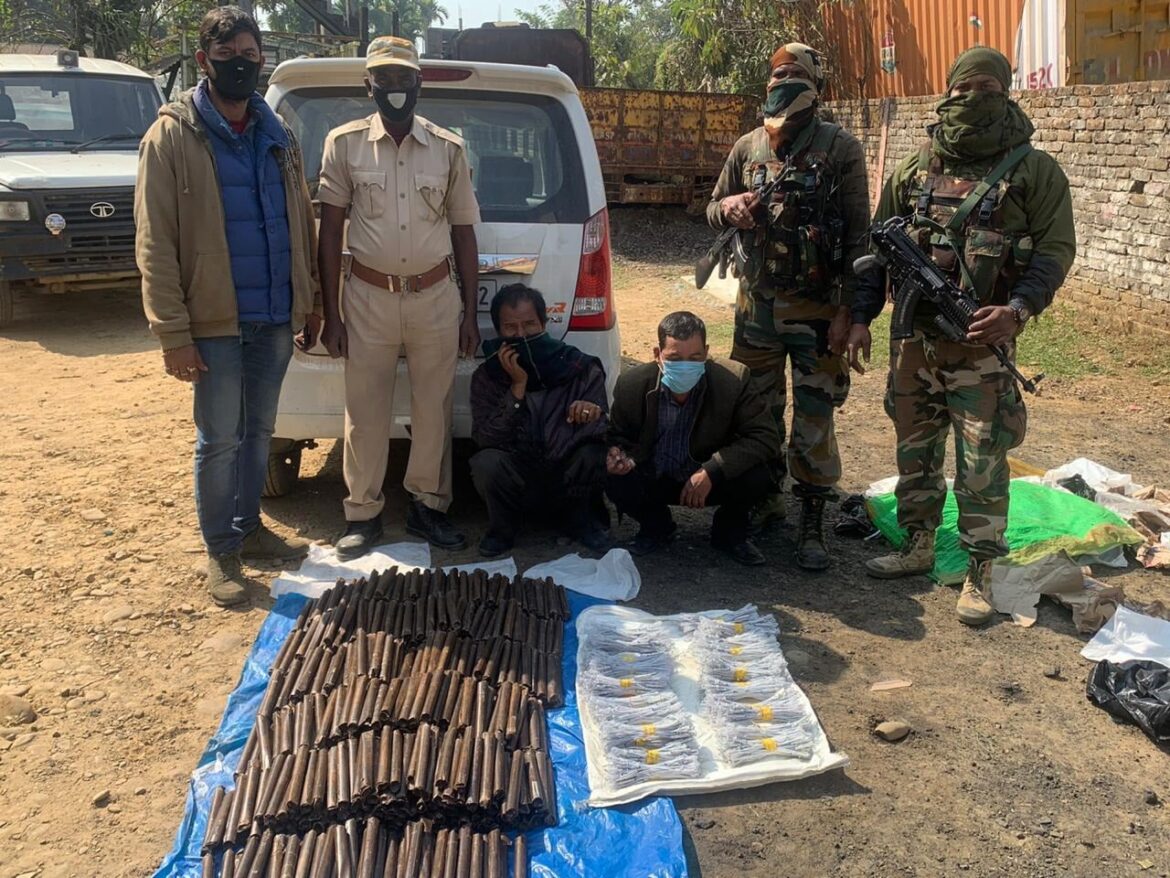 The seized items including 542 Gelatin Explosives, 600 electronic detonators on NH 37 near Gumrah toll barrier, village Mallidor(Assam Meghalaya border) on 3 Feb,2021. The two persons has been arrested.

Apprehended individuals along with recoveries were handed over to Police.