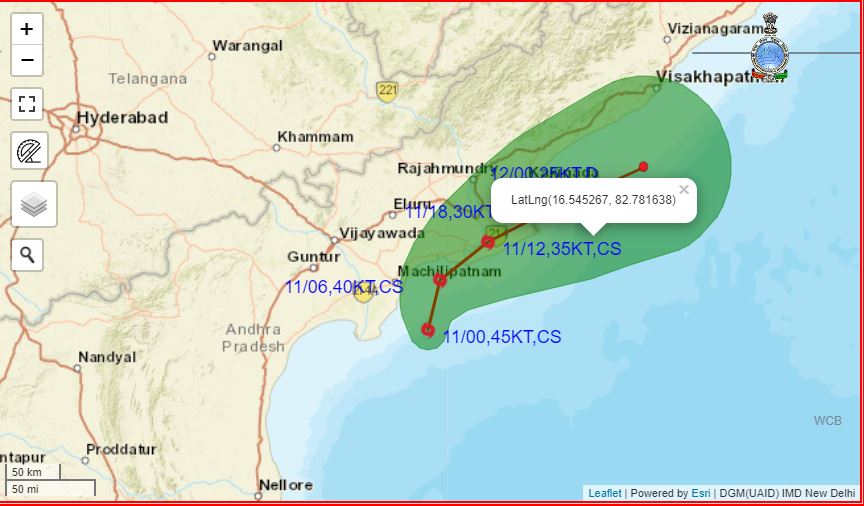 The Met department said the Severe Cyclonic Storm ‘Asani’ over westcentral Bay of Bengal moved west-northwestwards with a speed of 12 kmph during the past 6 hours, weakened into a Cyclonic Storm.

Ananda Kumar Das, in-charge of the weather bureau’s cyclone monitoring division said that they are expecting it to touch the coast on Wednesday morning. The impact may not be very severe, but people still need to be prepared, he added.

The system is moving slowly and its weakening is expected, he added. Its size has become smaller in the past many hours and has helped Asani retain its energy and intensity, he further added.

In order to allow authorities to take action to prevent disasters, a red alert has been issued for coastal Andhra Pradesh.

** DISCLAIMER: This post is from a syndicated feed and it has been published WITHOUT any EDITING except for the HEADLINE.