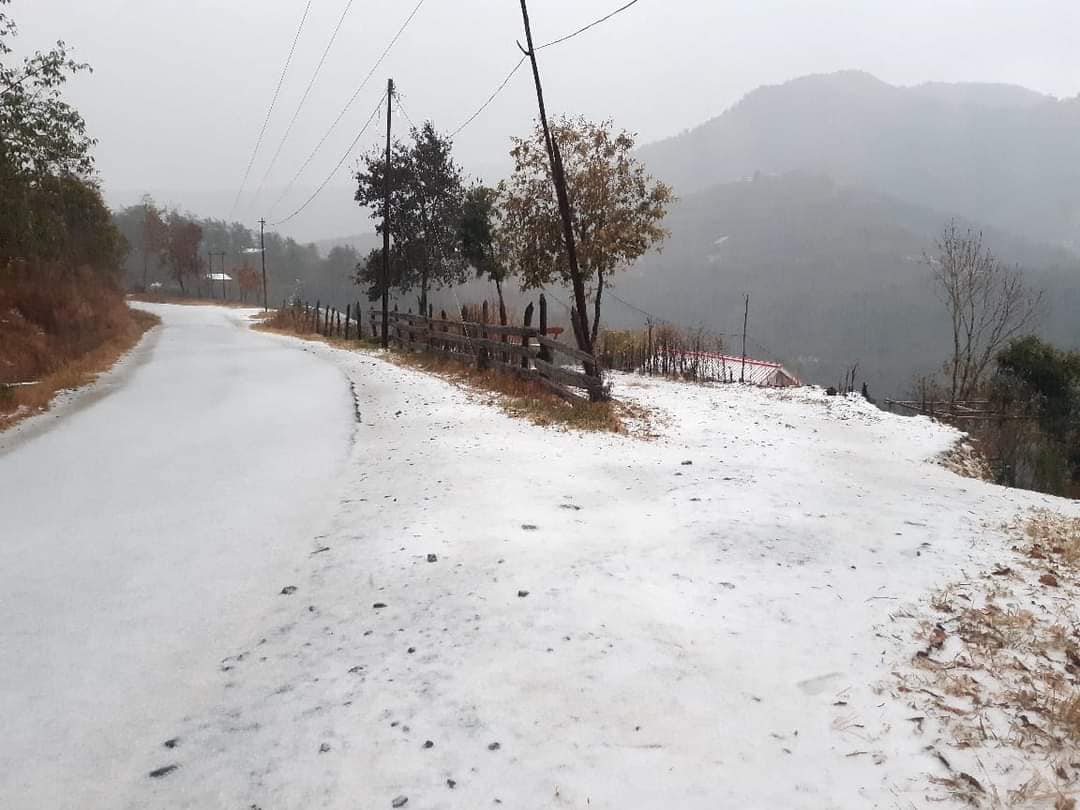 The was the first snowfall after the last that occurred four years ago.

The snowfall lasted about 2 hours covering the entire village under a thick blanket of white snow. “The snowfall started at around 1 pm till 3 pm after rain brought hails to the village. This is the first snowfall this year.

The last snowfall occurred four years back,” said Achan, head of the Shirui village. People from all over Ukhrul came to the village to witness the snowfall.

Children and youth played with the snow, he said. People of the village captured the snowfall on their smartphones.

A video of the snowfall showing people playing in the snow went viral on the social media, particularly on Whatsapp.

Meanwhile, sources in the district administration said Mount Iso also received hails in the afternoon today. Brief rains also battered Imphal and other parts of the State. At Ukhrul district headquarters, light snowfall was recorded back in 2018 .

Water also froze at the district headquarters back in 2018, with the winter being severe that year.

The light snowfall was reported on January 12, 2018 . Three years back, snowfall began from the first week of January.

If the biting cold has made the people stay indoors, it has however not deterred young children from coming out early in the morning to play with the frozen water, collect ice or slide across the frozen water before the sun rises and melts the snow.

Being terribly cold, people would remain indoors from 5 in the evening onward sitting near the hearth while in the morning people stepped out for sun bath.