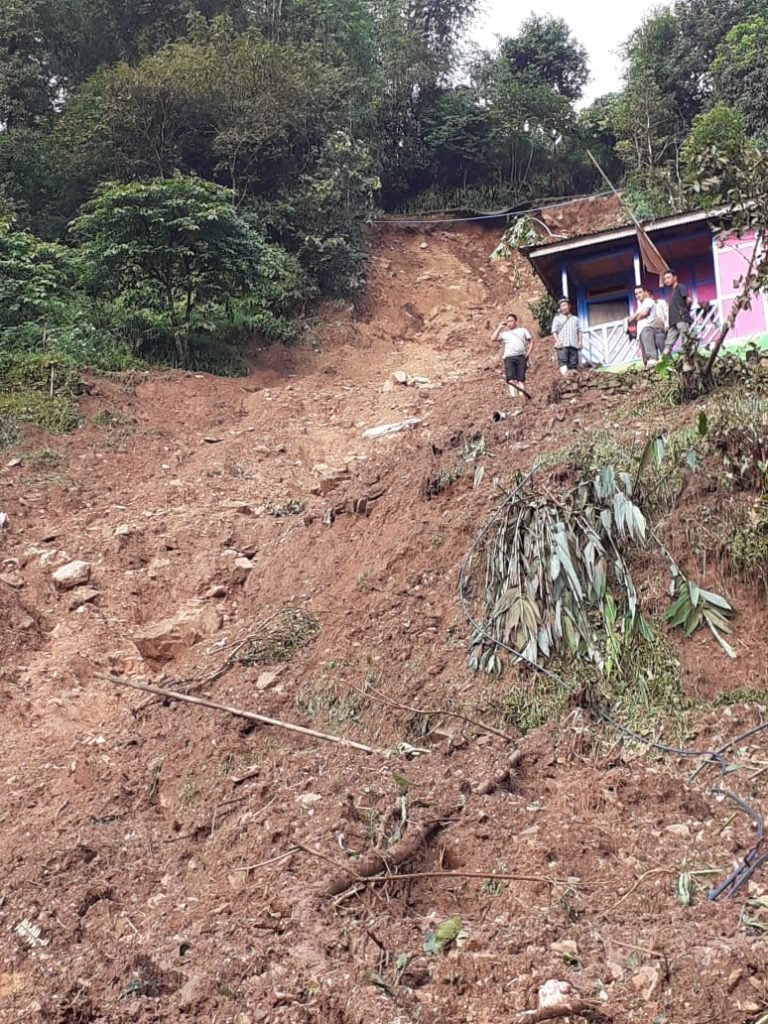 Gangtok: Three persons have been seriously injured while two went missing after a massive landslide swept two houses in West Sikkim on Friday.

The slide swept away houses of Late Sangcho Lepcha and his son Duknam Lepcha alongside killing four cows.

Three injured are Duknam Lepcha (31), his wife Lakit Lepcha (28) and his 10 year old daughter Somden Lepcha, and are now admitted in District Hospital Namchi.  According to ward panchayat condition of Duknam Lepcha is critical.

In the meantime Pomkit Lepcha (64) and Normit Lepcha (60) wives of Late Sangcho Lepcha are still untraceable.