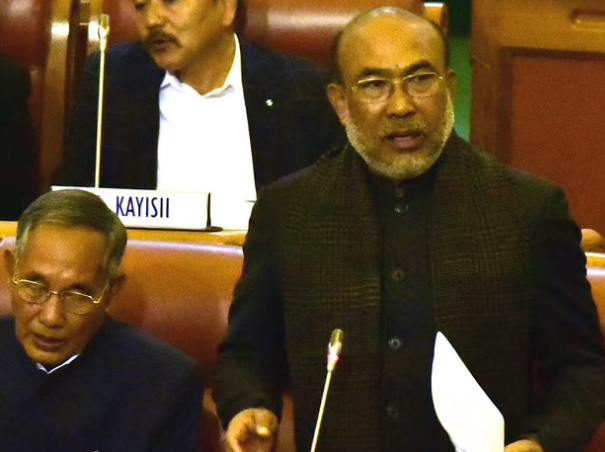 CM Biren Singh was responding to question of MLA Kh Joykishan Singh on the ninth day of the ongoing 12th session of the 11th Manipur Legislative Assembly. Superintendent of Police, Imphal West would head the four-member SIT.

On February 13, the front office of a local vernacular daily newspaper Poknapham and its sister publication The People’s Chronicle at Keishampat were attacked in Imphal.

Manipur CM informed the house that FIR had been filed regarding this incident and that security personnel were deployed outside media houses.

Singh also fervently appealed to all media houses and media professionals to resume their service in public interest.

In response to the attacks and solidarity with fellow journalists, media publication and broadcast news have been off-air from Saturday until Tuesday.

The Editors Guild of Manipur (EGM) and All Manipur Working Journalist’s Union (AMWJU) staged a sit-in protest on Sunday at Keisampat Leimajam, demanding a probe by the state government.