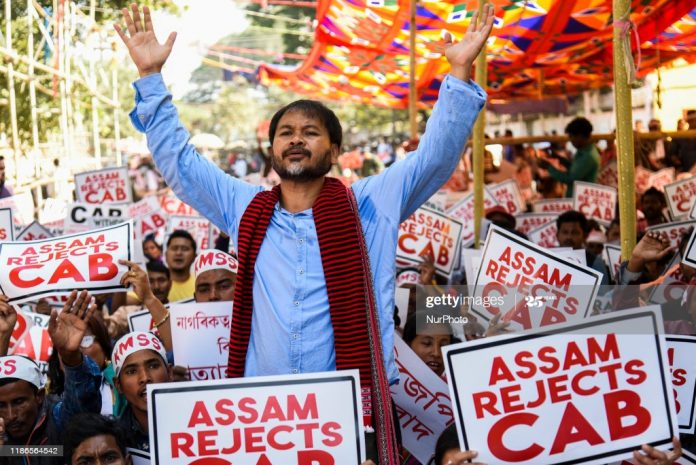 Guwahati: The Supreme Court on Thursday rejected bail to activist Akhil Gogoi, who is lodged in jail for his alleged role in the violent protests against the Centre’s Citizenship Amendment Act (CAA) in Assam.

A bench of justices NV Ramana, Surya Kant and Aniruddha Bose dismissed Gogoi’s bail plea saying that they will not consider the petition at this stage.

The bench, however, told Runamoni Bhuyan that the petitioner may approach the top court for bail once the trial starts.

It may be mentioned here that earlier, the Gauhati High Court rejected the bail plea of Gogoi in connection with a case registered against him under sections 120B, 124A, 153B IPC and sections 18 and 39 of the Unlawful Activities (Prevention) Act (UAPA).

Gogoi is lodged in Guwahati Central jail since his arrest in December 2019 for his alleged role in violent anti-Citizenship Amendment Act protests. He was booked by the NIA on charges of sedition and those related to terrorism under provisions of the UAPA for his involvement in the anti-CAA moment.