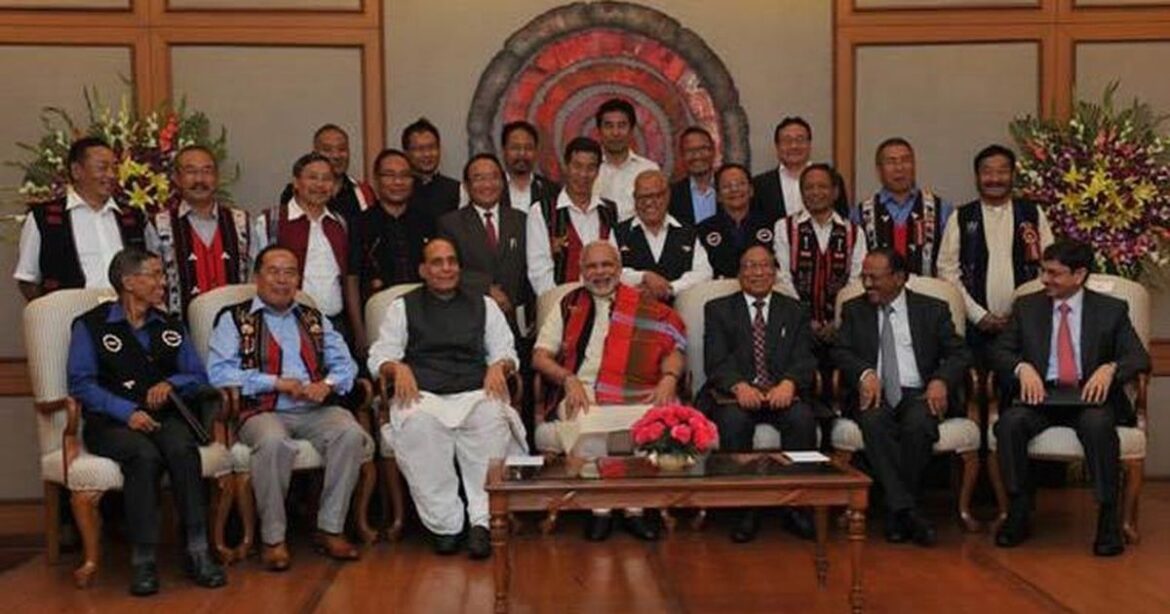 New Delhi, Nov 7,2020: Talks with the National Socialist Council of Nagaland – Isak Muivah (NSCN-IM) for final settlement of the decades-long Naga issue are in an advance stage and the government is providing all assistance to the North Eastern states to deal with rebel groups, Union Home Secretary Ajay Kumar Bhalla on Friday said.

Participating in the diamond jubilee webinar organised by the National Defence College here, he said the central government is in peace negotiations with almost all groups of the North East including the ULFA and the major ones who could have been potentially used by China are holding talks.

“There could be potential but not that much. These people (insurgents) have lost that kind of massive support. The leadership of ULFA is back in Assam and talking to the government. The NSCN people, after the ceasefire, are sitting in Delhi and talking to us for the final settlement. We don’t see that kind of major disruptions coming,” he said in reply to a question on whether the government foresees China’s involvement in the eastern sector after the Ladakh standoff.

Troops of the Indian Army and China’s PLA are locked in the border standoff in eastern Ladakh since May. Twenty Indian Army soldiers were killed on June 15 in a clash with the PLA at Galwan valley.

The Union Home Secretary said the situation in the North Eastern region is “well under control” and the central government is providing assistance to the state governments in dealing with the insurgent groups.

Bhalla said in Tripura, the violence is nil now.

The AFSPA (Armed Forces Special Powers Act) is in force partially in Nagaland, Manipur and Assam and due to the improved security situation, it has been removed from Meghalaya and in Arunachal Pradesh, only a few districts are under this act, he said.

“It is a very positive development for the northeastern part of the country. Various groups are talking to the government. The government is pursuing the policy of talks with various groups

“There has been substantial improvement in the security situation in the Northeast in the last six years. In 2019, the region saw the lowest insurgency- related violence and casualties in terms of civilians and security forces personnel,” he said.

Replying to another question, the Home Secretary said the Ministry of Home Affairs has implemented “one border, one force” policy and accordingly deployed Border Security Force (BSF) personnel in the borders with Pakistan and Bangladesh, the Indo Tibetan Border Police (ITBP) men along the China border, the Sashastra Seema Bal (SSB) along the Nepal and Bhutan borders and the Assam Rifles along Myanmar border. “That’s how we have divided our border guarding forces. To that extent we have implemented… Of course there are various issues along the Pakistan border like terror activities… But there is coordination with the Army,” he said.

Bhalla termed cyber security and smuggling of narcotics as areas of concern for which there is a need to remain “alert now”.

No scope for separate talk on Naga flag and constitution: NSCN-IM

One thought on “Talks with NSCN-IM in advanced stage: Union Home Secretary”