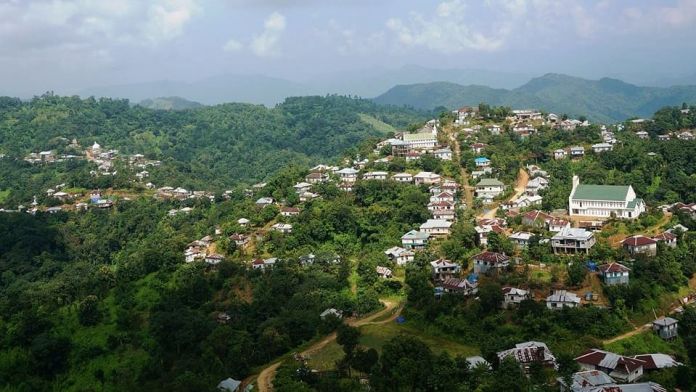 The Mizoram government has registered its objection with the Tripura government to the construction of a Temple at the Phuldungsei village near the Tripura-Mizoram interstate border. The border has served as a flashpoint for dispute in the past as well. Two months previously, 130 residents of the village were identified in Mizoram’s voter list despite the village traditionally being accepted as part of Tripura.

Mizoram has now taken objection to the construction of a Temple as well “community work” in the village by the Bru tribals from Tripura. Mizoram Home Secretary Lalbiaksangi, in a letter to his counterpart in Tripura, claimed that any work at the “disputed” inter-state border could create law and order problems and sought an “immediate and indefinite” stop to all work in the area.

Unrest continues in the bordering villages of both Tripura and Mizoram over an attempt to construct a temple at a disputed interstate border village near Phuldungsei at Thaidowar Tlang locality under Mamita district of Mizoram.

Last week Mizoram home secretary had requested his Tripura counterpart to ensure security in the area and to take steps for maintaining status quo to prevent any law and order problem between the two communities. Following the request, Tripura government mobilized extra force along the entire stretch.

According to a report, Songrongma, a Tripura-based Hindu group, had decided to construct a temple at the highest peak of Tripura at Phuldungsei village under Vangmun Police Station in North Tripura.

The community construction work for the temple was proposed to be held on October 19-20 on a disputed plot, which enraged the Christian community in the area.

To prevent the movement of people towards Tripura, Mamit district administration of Mizoram has imposed section 144 CrPC along the bordering villages. Moreover, the administration has also asked Tripura government to stop such attempts until the land dispute was settled.

On the other hand, Jampui Mizo Convention, a socio-religious body, has called for a shutdown on October 19 and 20. The North Tripura district administration and superintendent of police had held a meeting last evening to review the situation and appealed the people to exercise restrain and maintain peace.