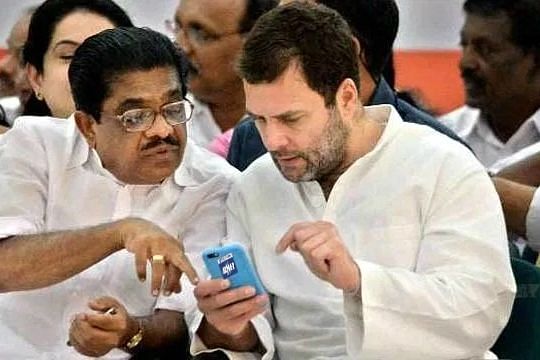 As parliament entered a second, raucous day of this monsoon session, legislative work looked set to be stalled yet again, in an unseemly, unwarranted manner, with relentless protests by certain opposition parties, on a host of flimsy issues, becoming a deplorable hallmark of our political process.

That list of gripes expanded this week. In addition to the farm bills, Article 370, Rafale, and the Citizenship Amendment Act, there is now also, Pegasus: a super-secret Israeli software, which can steal information from a cell phone without the owner’s knowledge.

According to a revelation late on 18 July, by an international collective of publications and web portals, various agencies had been snooping on thousands of individuals in multiple countries, using Pegasus, during the period 2018-19. In India, the alleged list of targets included Congress leader Rahul Gandhi, two members of the present union cabinet, journalists of a certain hue, a celebrity political consultant, and even a former Election Commissioner.

But what was the fuss all about? What precisely was Pegasus, and what crime had who actually committed? The answer to these pertinent questions demand stringent root cause analysis, and thereby hangs a tale.

The story arrived in India on Sunday night through a left wing portal called The Wire, after considerable anticipatory buzz had been created online. The phone numbers of thousands of Indians, targets of electronic surveillance by government agencies using Pegasus, were on a leaked list accessed by Amnesty International, and a French non-profit outfit called Forbidden Stories. Forensic analysis conducted by Amnesty showed that seven Indian phones had been hacked, some as recently as last week.

Cyberspace came alive within minutes, as only cyberspace can, with exclamation marks outnumbering shares by orders of magnitude. An affronted Congress party distilled this exposé the next day, with its typical reductionist crudity, to publicly infer that Narendra Modi (sans honorific) was personally snooping on Rahul ji. They flatly called it the death of democracy, and that Modi was personally responsible for this latest sin.

It naturally had to be a personal act, because otherwise, it couldn’t be culpable, and without culpability, how could Modi (sans honorific, of course) be hung on the hook of extreme political vindictiveness? (For the edification of readers: in the Congress book on dog whistles, and other assorted forms of mass communication, the presence or absence of honorifics is a measure of the contempt or respect with which an individual is held by that party).

Elsewhere, deeply anguished progressives mournfully declared that this was the end of the world; the perfect police state was finally here.

So far, so good; the plot had everything – clandestine operations, subterfuge, illegality, and just the necessary je ne sais quoi to induce an element of baleful oppression by a fascist regime. But that’s also when the exposé fell upon the dagger of liberty it had drawn – right at the start.

First was the phrase ‘potential targets of surveillance’, used in the opening sentence of the Wire piece. Potential? No one uses future tense when speaking about the past; not unless they want to hedge their bets on the veracity of an allusion, that is. In which case, how exactly does an allusion, which is a vague, indirect reference, translate into a specific accusation?

Second, the Wire article used the phrase ‘leaked list’ in its lead piece seventeen times. That was enough to send this writer on a quest for this ‘leaked list’. Guess what? While everyone and their ten best friends were already convinced that Modi had snooped on Rahul ji, the raw list file, itself, was nowhere to be found.

What Swarajya found instead, is that the Amnesty forensics report, which is what the whole brouhaha is based on, actually pertains to the forensic examination of ten cell phones, and not the list. So, the fabled list which Forbidden Stories somehow obtained, strangely remains beyond the public realm.

This is truly odd, because now, we have the Wire basing its allegations on a 2018-19 list supposedly leaked to Forbidden Stories, and Forbidden Stories substantiating that by having Amnesty International examine random phones in 2021. How on earth does that add up to logic? How does examining a phone two to three years after a fact become a generic allegation? Worse, many of the big Indian names on the list say that they’ve either changed their phones since 2018-19, or lost them, or haven’t had their phones examined by a competent authority.

No wonder The Wire used the phrase ‘potential targets of surveillance’ in the opening sentence of their lead piece on the Pegasus affair. This is how a caveat becomes a noose. The rest of the article, filled with wishy-washy ifs and buts, only weakened their case further. One sampler: ‘The presence of a phone number in the data does alone not reveal whether a device was infected with Pegasus or subject to an attempted hack’.

What does that even mean? If the list will not be released for independent technical scrutiny, if its provenance cannot be verified, if the phones allegedly tapped during 2018-19 aren’t available for professional examination, and if the presence of phone numbers on that list, by The Wire’s own admission, don’t amount to snooping, then what allegation is there to make?

This was worse than even the Jain Hawala case of 1991, which was thrown out of court for sheer lack of evidence; at least there, the diaries were handwritten, and had been physically recovered along with other incriminating items during a valid arrest.

But in the Pegasus case, there is nothing – no list, no phones, no proof of government snooping, and certainly no third party corroboration. And yet, Lok Sabha MP Shashi Tharoor has already called for a serious investigation into the Pegasus matter, and a new story has been floated, of snooping having played a part in the 2019 toppling of the Congress Siddaramaiah government in Karnataka. The narrative has overtaken the truth.

So it doesn’t matter if the union IT minister said in parliament yesterday, that India does not conduct unauthorized eavesdropping. It doesn’t matter if NSO, the Israeli company which made Pegasus, issued a statement saying that it only sells its products to ‘vetted countries’ (which in any case, is only a claim). Neither does Sambit Patra’s tongue-in-cheek observation, that you don’t need Pegasus to find out what the Left Liberal jamaat is up to; their copious Twitter posts are fodder enough.

Pegasus is Rafale redux, with the added bungle, that its purveyors have, unbelievably, self-verified the evidence without adducing evidence. Blaming the Indian government of snooping on people using Pegasus, in this fashion, is like blaming Microsoft because someone composed a fictional crime on MS Word, and then deleted the file.

Instead, what the Pegasus story does is three things, which lie at the root of this latest effort at narrative-building:

One, it paints the usual suspects as the wounded party, and heightens their public image of wretched victimhood. Being snooped upon by a government bolsters that age-old oppressor-victim-saviour triangle, while spiritedly reviving dwindling relevance. If you are important enough to be spied upon, it means that the oppressor perceives you as a threat. You are, therefore, both hapless victim and noble savior; an activist ardhanari who should be taken seriously at your word (sans the divinity, of course, because all good progressives know that God doesn’t actually exist).

Or, as Twitter handle @centerofright put it so sardonically, those Indian journalists not on the snoop list must be trying desperately to figure out which sin they had committed, to have been so crushingly ignored thus, by Pegasus.

Two, in a single brushstroke, it paints Israelis and ‘Hindu-majoritarians’ as a sinister lot, hell bent on using nefarious methods to bring down a noble, activist edifice. Readers mustn’t forget that this is a global exposé arriving on the heels of a brief, nasty fracas between Palestine and Israel, which began when Palestine’s Hamas launched rocket strikes from the Gaza Strip into Israel. Pegasus, therefore, offers another opportunity to cast the injured party as the aggressor, while striving to absolve the Palestinians of any blame.

Also, a side story being run concurrently, is that Pegasus was used by the Saudis to snoop on female friends of Jamal Khashoggi, a progressive Saudi journalist, before assassinating him in 2018. The narrative’s target then was Saudi Crown Prince Md. Bin Salman, so evidently, there is a sustained effort to hit multiple birds with one stone.

And three, it puts further pressure on intelligence agencies seeking to unravel the cross-border nature of modern, global, electronically-funded activism. As it is, activist groups, which had once enjoyed a free rein to move funds and build up networks, were severely hamstrung after the current Indian government aggressively stepped up official scrutiny, on the funding of non-governmental organisations from abroad, and their links to proscribed organisation within India. Pegasus, thus, gives these groups an opportunity to morally try and ratchet the heat down a notch.

None of this is going to work. The Saudi Crown prince is not going to be tarnished by a leaked list which remains under wraps. The Israelis aren’t going to get any more vilified than they already are, hacked phone or no phone. The Indian government won’t break a sweat rebutting the charges of extra-constitutional snooping, laid on them by political parties, who are only too glad to have been supplied with fresh ammunition just when their magazines had run empty. And a pan-Indian awakening, to the dangers posed by narrative-builders, will only gain further traction thanks to this latest, ham-handed effort.

And that is as it should be, since the accusations surrounding this modern Pegasus are as mythical, as the winged horse of Greek lore it is named after.