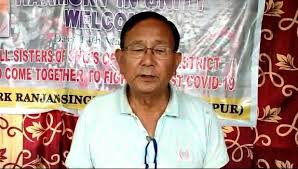 Imphal, December 15 2020: The Council of Scientific and Industrial Research (CSIR) and the Manipur Government have signed a Memorandum of Understanding (MoU) for manufacturing drugs from medicinal plants found in the State.

This was stated by Lok Sabha MP Dr RK Ranjan at a press meet. Dr Ranjan said that the MoU was signed in the presence of Chief Minister N Biren yesterday and it would cover both public sector and private sector.

Under the MoU, FEEDS Hengbung would collaborate with an ethno-medicine group based at Lucknow and they would manufacture three types of drugs for strengthening heart, treatment/control of diabetes and cancer, he said.

Scientific research and laboratory testing have been completed for manufacturing a drug from ushingsha (cinnamon) for treatment of arthritis.

But some other processes including technology transfer are yet to be completed, said the Lok Sabha MP.

“Considering my background, the Lok Sabha Speaker appointed me as a member of the Parliamentary Standing Committee on Environment & Climate Change and Science & Technology.

I’m also a member of the Parliamentary Standing Committee on NEC and DoNER”, Dr Ranjan said. “Being a member of these committees, I got many opportunities to discuss about the bioresources of Manipur, particular medicinal plants during closed door meetings”, he said.

MoU has been inked as a result of his endeavour, Dr Ranjan claimed that it was a major achievement for him.