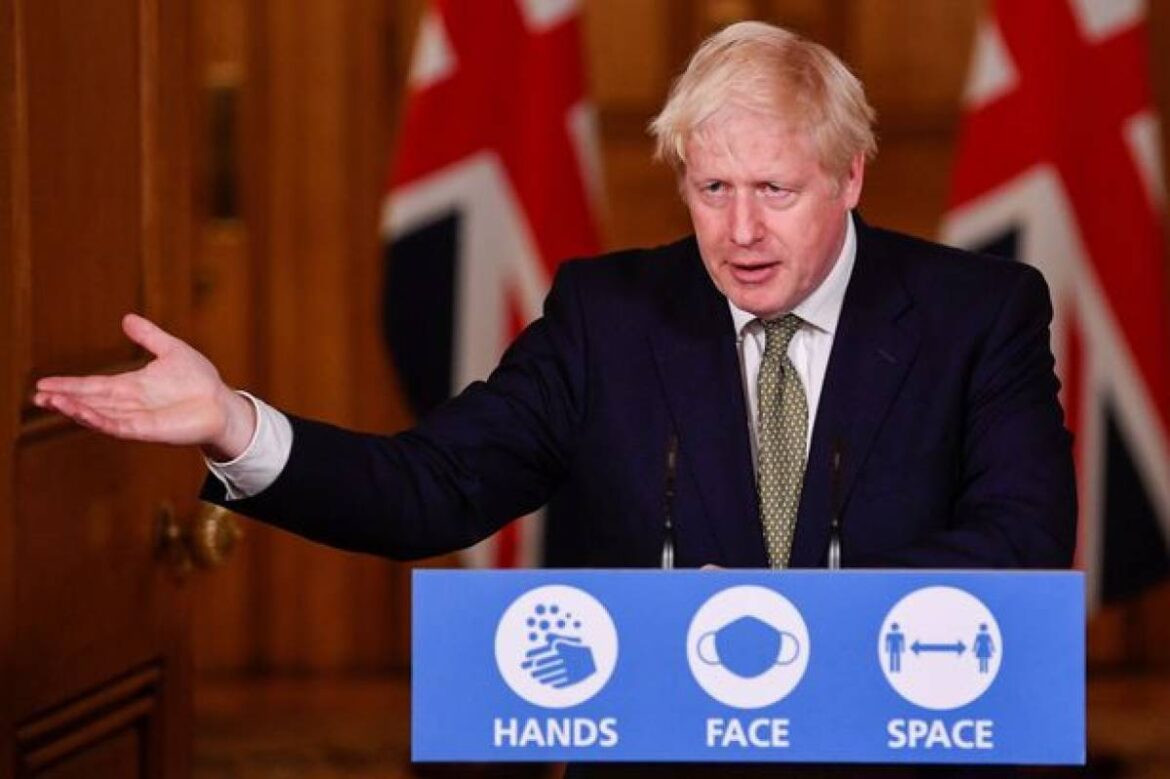 The U.K. imposed a fresh lockdown across London and surrounding areas as the government struggled to stop the spread of a new strain of the coronavirus that appears to be significantly more infectious than earlier variants of the pathogen.

In a press conference on Saturday (Dec 19), Prime Minister Boris Johnson announced a complete ban on household mixing in London and southeast England and restrictions inter-household social gatherings in the rest of the country to just Christmas Day.

The PM announced that from Sunday areas in the South East, currently in Tier 3, will be moved into a new Tier 4 for two weeks.

PM Johnson said that scientists have ascertained that the new variant might be as much as 70% more transmissible than more established strains.

“NERVTAG’s early analysis suggests the new variant could increase R by 0.4 or greater. Although there is considerable uncertainty, it may be up to 70% more transmissible than the old variant.” the PM said. There is no evidence the variant causes more severe illness or higher mortality, the PM added.

“When the virus changes its method of attack we must change our method of defense,” Johnson added. “Without action the evidence suggests infections would soar, hospitals would become overwhelmed and many thousands more would lose their lives.”

The new lockdown rules means that at least 18 million people living in London and much of southeastern and eastern England won’t be allowed to gather for Christmas.

“It is with a very heavy heart that I must tell you we cannot continue with Christmas as planned.” PM Johnson said

The PM said: “Yes, Christmas this year will be very different, but we must be realistic.

“We are sacrificing our chance to see loved ones this Christmas, so we have a better chance of protecting their lives so we can see them at future Christmases. ” he added

Coronavirus case rates have almost doubled in London over the past week. Nearly 60 percent of those infections have been caused by the new strain of the virus, government officials said.

U.K reported 27,052 new daily infections on Saturday, taking the total number of known cases in Britain to more than 2 million. There are currently almost 19,000 people in hospital with Covid-19, and the country has reported more than 400 deaths a day on average during the past seven days.