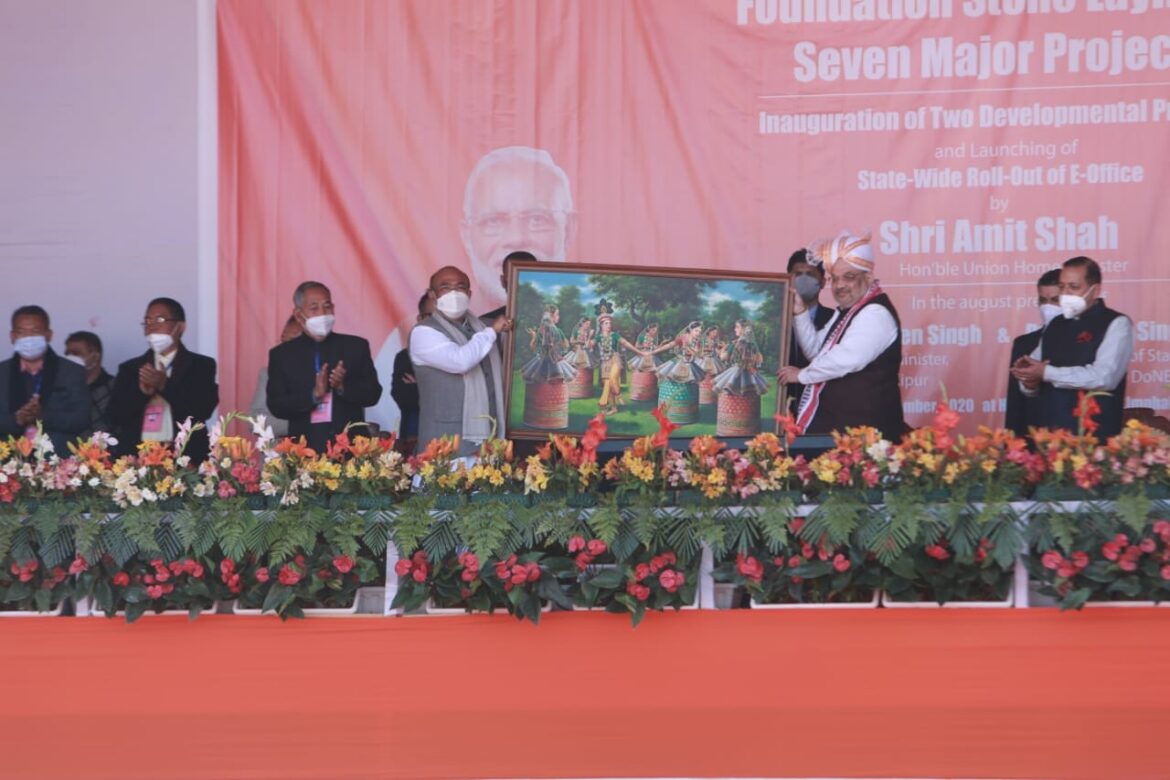 Before his departure, a meeting of the BJP core committee was also convened.

Union Home Minister @AmitShah ji's visit and meeting with the different Civil Society Organisations interacting them one by one even by delaying his departure by more than two hours is very remarkable. It shows that how deeply he takes the problems and issues of Manipur state . pic.twitter.com/nUpzAVuzsc

It is also reported that 6 representatives of COCOMI had appealed to the visiting Union Home Minister to grant special status to Manipur and avoid hurting the interest of communities residing here in sealing a final solution to the Naga issue.

The source also informed that Amit Shah had assured the representatives that a settlement to the “Naga issue” will not hurt the State’s interest.

The memorandum stated that the issue of Naga integration has caused fear in the minds of the Kukis residing in Chandel, Tengnoupal, Kangpokpi, Churachandpur, Pherzawl and some parts of Tamenglong, Ukhrul and Senapati districts. Appealing the Union Home Minister to settle the “NSCN-IM’s criminal acts of murdering more than 1000 innocent Kukis including children, uprooting of 360 villages and seizing their ancestral land and displacing of over 100,000 Kuki people”, KIM said that any solution to the Naga issue without legal settlement of the Kuki issue will sow seeds of social and political upheaval in the region

Meanwhile, the United Naga Council also submitted a memorandum to Amit Shah requesting for inclusive and honourable Indo-Naga political settlement based on the unique history and situation of the Nagas.

UNC also urged the centre to recognise the Naga national flag and Constitution, the soul and body of Naga Nationhood and for integration of all the contiguous Naga areas in the inclusive final agreement for the ends of lasting and durable peace in the region.

Meanwhile, peaceful procession were carried out in Naga dominating districts in line with the demands of the UNC.

In his 24 minutes long speech, the Union Home Minister has not spell out a single words related to the Naga solution, which indirectly means that the solution of the vex Naga problem which is expected soon is not going to affect any part of the state of Manipur, a source said.

People of the state had been expecting the visit of the Union Home Minister to consult the people of the state in connection with the solution of the problem of the NSCN-IM as there were rumours of affecting Manipur while finding a final solution.

The silence of the Home Minister in his speech about the Naga solution is an indication to the people of the state that no part of the state will be affected, a government source said.