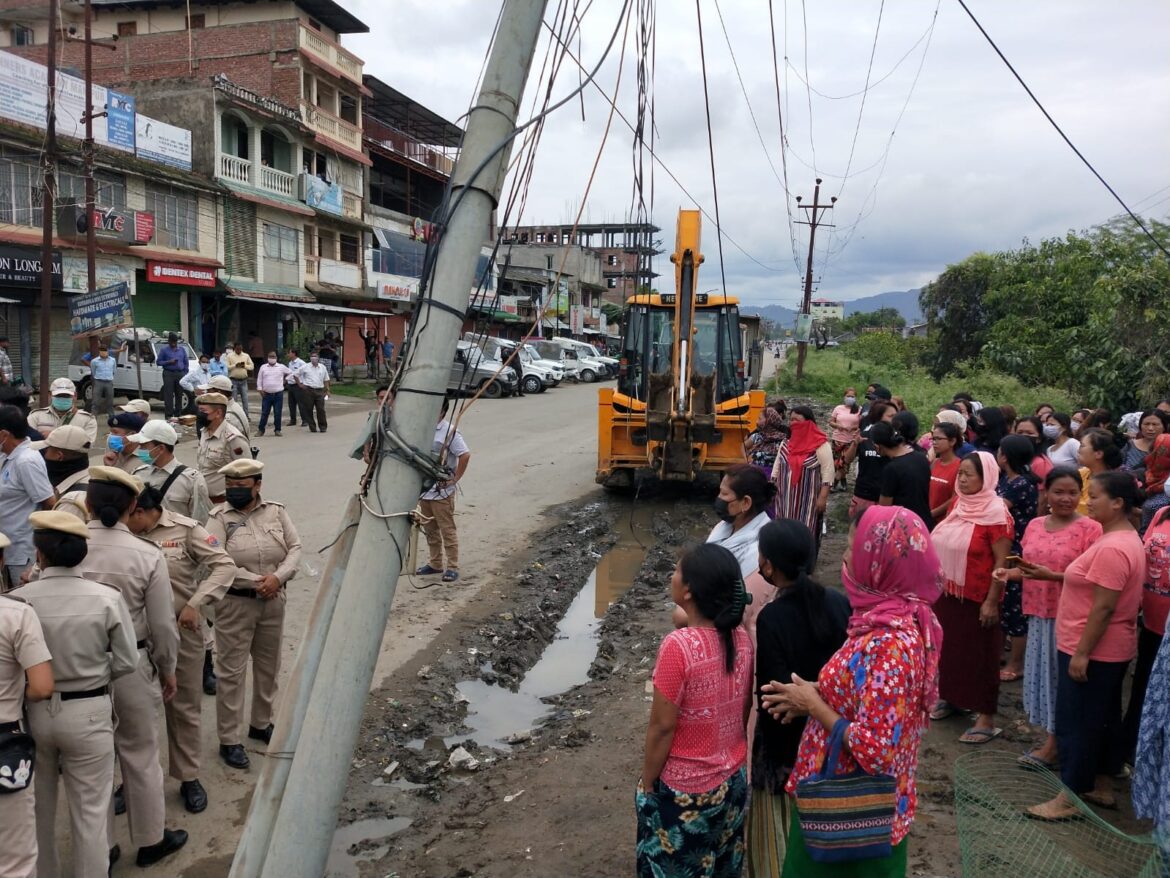 Imphal, May 09 2022: Violent clash erupted when officials were trying to demolish residential quarters at ” Tribal Colony” located at New Checkon. 2 persons were injured when police resorted to tear gas shelling while controlling a mob which rose against the move to demolish.

The All Tribal Students’ Union, Manipur (ATSUM) however claimed that 4 persons were injured in police action.

The incident happened when the occupants of Tribal Colony strongly opposed and confronted the State Government’s move to demolish the quarters to make way for a new construction.

The incident took an ugly turn with police resorting to tear gas shelling while attempting to control the mob.

A tear gas shell fired near the quarter of Tengnoupal SP B Golianmang while attempting to control the mob injured Songbiakthang Hangsing on his right cheek and Somila Raikhan on her left ankle.

The injured persons have been rushed to JNIMS hospital for treatment.

Later, the demolition work was halted in the evening. MLA of Wangkhei Assembly Constituency Th Arun also arrived at the place and tried to bring the two opposing sides to come to a talk.

Imphal East DC Khumanthem Daina told the media persons on the sidelines that the Works Department had issued an order to the respective occupants of the Government quarters to vacate their places in March 2021 for the construction of new buildings.