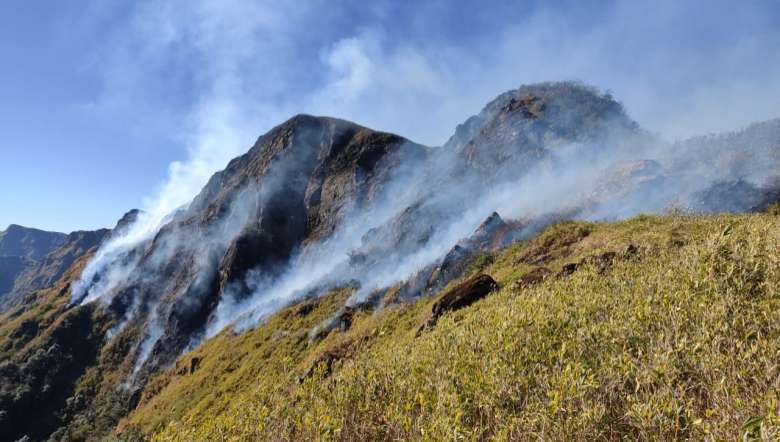 Dimapur, Jan. 4 : The Naga People’s Front (NPF) has expressed its anguish over the ravaging wildfire at Dziikou Valley, which started on December 29, saying that it ‘cannot be considered as natural disaster but is a man-made fire’.

The party stated in a press release that the fire has caused “a great harm not only to the beauty of the valley but also to our environment”.

“The Dziikou Valley is not only a tourist hotspot but also a National asset and is a home to various species of flora and fauna and burning of such forest will deeply dampen our ecological balance. Therefore, the lackadaisical attitude of the State Government cannot be tolerated and requested the State Chief Minister or his ministerial cabinet to take personal survey and do the needful steps in containing the fire as well as to protect the Valley,” read the press release.

“And since the Dzuko Valley can be termed as the National asset, the NPF strongly urge upon the Central Government to immediately look into the matter with great seriousness and may even involve the CBI or NIA to probe the cause of the inferno and if found any miscreants responsible for the inferno, then stringent action should be initiated,” it added.