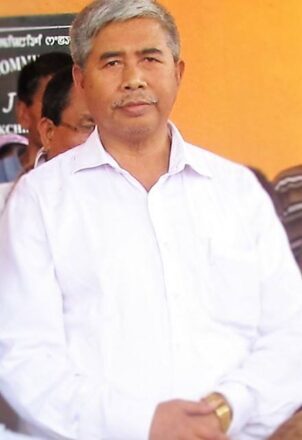 Yesterday Manipur High Court ruled the election of Shri Y Surchandra as MLA of Kakching in 2017 Assembly Elections as null and void.

For obtaining the permission, one should submit a prayer to the High Court, he said. “If the High Court stays its order, it would not be operational for sometime and I’m fully prepared to take the matter to the Supreme Court”, he said.

“During the State Assembly election held in 2017, my rival and BJP candidate M Rameshwar filed a complaint to the Returning Officer saying that details of my wife’s account were not given in my nomination papers.

Yet the RO cleared my nomination papers and I contested the election”, Surchandra said. “After the election, Rameshwar filed a petition at the High Court of Manipur charging that I took a car loan and defaulted on my payment, I owned non-agricultural land and details of my wife’s account were not given in the nomination papers”, he continued.

He then exuded confidence that he would emerge victorious when he takes the case to the Supreme Court.

Y Surchandra was elected from Kakching Assembly Constituency on a Congress ticket in the two-phased State Assembly election held in March, 2017 . However, Surchandra and three other Congress MLAs joined BJP on April 28, 2018 .

The three other MLAs who left Congress and joined BJP together with Y Surchandra are S Bira of Kumbi AC, O Lukhoi of Wangoi AC and Ngamthang Haokip of Saitu AC.

A warm reception function was held in honour of the four MLAs at that time at the Nityaipat Chuthek office of BJP Manipur Pradesh where Chief Minister N Biren was also present.

Subsequently, Congress party lodged petitions at the Speaker’s Tribunal and the High Court of Manipur seeking disqualification of the four MLAs under the anti-defection law.

Acting on the petition filed against Y Surchandra, the Speaker’s Tribunal passed an order on June 18 this year just one day ahead of the Rajya Sabha election whereby Y Surchandra was disqualified from being an MLA.