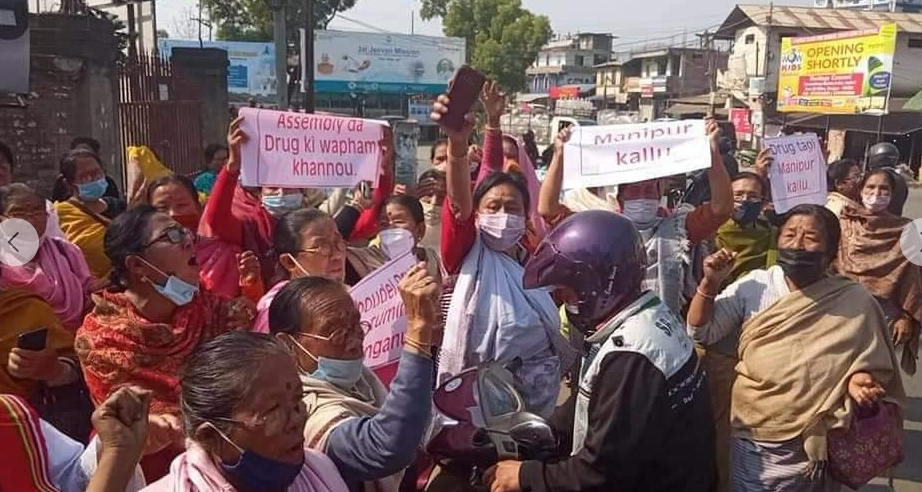 The women activist aka Meira Paibi’s (loosely translated as Women Torch Bearers) were demanding Manipur government to appeal the acquittal of Lukhosei Zou in the high profile 2018 multi-crore drug haul case in a higher court.

Lukhosei Zou , former Chairman of ADC Chandel was acquitted by the Special NDPS court after being on jail for his alleged involvement in the high profile multi-crore drug case in 2018.

The women protesters also demanded lawmakers to discuss the illegal drug trade in the Legislative Assembly. Additionally several slogans asking government to save Manipur from drugs were heard.

According to sources, police officials had difficult times controlling the women protestor who heading towards Manipur Assembly.